With consumers growing increasingly wary of traditional advertising, influencer marketing is gaining traction on social media platforms such as Instagram and has transformed from an ancillary tactic to a market worth more than $13 billion in 2021. Social media influencers are conspicuous in numerous online spaces, with follower counts ranging from a few thousand to many millions.

Many influencers create content that generates social media engagement, which is captured by the number of interactions with their followers (e.g., likes, comments), a highly relevant performance indicator that advertisers seek to optimize. However, despite the growing popularity of influencer marketing, advertisers as yet do not have a solid understanding of how engagement arises, such as which influencers are most effective at turning advertising budgets into greater engagement. A main screening criterion is an influencer’s follower count, or indegree, which defines the size of the audience an influencer can directly reach.

Advertisers face a tricky choice. On one hand, advertisers want to leverage an influencer’s reach, which is the number of followers exposed to an influencer’s content and that, by definition, increases in indegree. On the other hand, users on social networks often seek interactive, communal relationships where they feel connected. Influencers with larger indegree often lack sufficient resources or interest to enter into meaningful, frequent interactions with their millions of followers. Some advertisers have identified this issue, cautioning that high indegree influencers might not be able to create significant engagement and suggesting more reliance on influencers who are not as popular.

We reconcile these views across a multimethod study based on Instagram data. This unique data set includes more than 1,700 influencers across more than 800 campaigns, capturing all posts and stories as well as publicly visible and privately accessible engagement metrics. We augment a field study with two types of experimental studies (eye-tracking and online laboratory), an add-on simulation study, and an auxiliary set of qualitative interviews.

Our work contributes to marketing research and practice in several important ways. We deepen insights into the relationship between an influencer’s indegree and followers’ engagement with sponsored content. We also introduce two important campaign properties—content customization and brand familiarity—as relevant concepts to the influencer marketing literature that condition how influencer indegree drives engagement.

We provide novel, actionable insights to help advertisers improve their influencer marketing strategies. We highlight the peril of supersaturation effects on engagement when follower count becomes too large and show that the most effective follower count level is situated between the often-recommended very small and very large influencer tiers. At the same time, advertisers and influencers also have room to maneuver: Brands that allow influencers to promote content independently and brands that are less known observe a weaker inverted U-shaped relationship between follower count and engagement, reducing the pressure for them to collaborate with medium-sized influencers who have an optimal number of followers.

Our results offer the following advice for advertising managers: 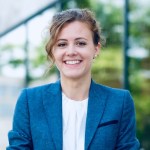 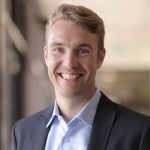 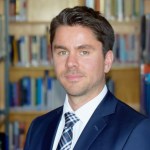