In September 2021, Burger King received an Effie Award. Each year, this prestigious prize recognizes the most effective advertising campaigns. Yet, while the campaign was airing, the brand saw its sales decline. The brand significantly lost ground to some of its direct competitors and its long-time CMO resigned. Many critics have asked how such a scenario is consistent with the award. Aren’t sales the yardstick by which marketing effectiveness is ultimately measured? A new study in the Journal of Marketing shows how marketers can leverage strategic thinking to create advertising that increases sales and ultimately “moves the needle” in changing customer perceptions.

To understand how marketers can leverage creative ads to increase marketplace performance, our research team developed an integrative framework that captures the fundamental aspects of creative strategy: content and execution.

Our framework, Advertising Creative Strategy (or ACS), focuses on the fundamental aspects of creative advertising rather than being concerned with its individual tactical decisions. It distinguishes between the function of the advertisement (“what” is said in the ad, or its content) and its form (“how” it is said, or its execution). This framework is general enough to provide a comprehensive evaluation of creative strategies. At the same time, it limits its complexity to a manageable number of “moving parts.” This simplifies both its application and the derivation of valuable insights.

This two-component structure is not only conceptually compelling, but also highly relevant in practice. It has shaped the approaches of ad agencies and the philosophies of legendary “ad men” such as David Ogilvy and William Bernbach. Ogilvy maintained that what you say is more important than how you say it, while Bernbach was a proponent of execution. It also reflects the different responsibilities in the process of designing creative advertising with content being usually the focus of account planning and execution being the focus of the creative team.

We base our analysis of ACS’s function on a three-dimensional representation indicating the extent to which an advertisement includes experiential, affective, and cognitive content (EAC representation). Experiential content provides procedural information on how product attributes could (should) be combined to deliver performance. It typically has the goal of reinforcing current behaviors or creating new ones. Affective content includes claims that require subjective evaluation and individual interpretation. Cognitive content is factual and includes claims about verifiable product features, attributes, and benefits.

For the evaluation of form, we distinguish between executional elements and creative templates. Executional elements represent the decisions about the way content is presented. We consider five broad categories: comparative, endorsement, entertainment, imagery/visual, and mnemonic devices.

The comparative category reflects the use of comparison information related to competitors. The endorsement category includes elements related to the use of a source (celebrity, expert, regular consumer) to promote the advertised benefits. We consolidate elements such as the use of drama, storytelling, clever plot devices, humor, and comedy in the entertainment category. Similarly, we consolidate all visual and graphical elements in the imagery/visual category. The final category, mnemonic devices, consists of elements that help consumers’ immediate mental association with the ad or the brand.

We also consider another aspect of form: creative templates. Creative templates are identifiable and generalizable execution patterns. These have the function of linking advertised products to their attributes and benefits.

The framework’s structure allows us to measure the focus of an ad, meaning the extent to which an ad emphasizes one specific content dimension. Similarly, we can also capture the degree of variation of both content and executional elements over time.

We analyze 2251 creatives from 91 consumer packaged goods brands across a period of four years and find that function is the primary driver of marketplace performance, especially when focused on one individual content dimension. Experiential content produces the highest performance increase, followed by cognitive and affective content. Execution mostly plays a supporting role bolstering the effect of function. Marketers can maximally leverage the synergy between pairing content with congruent executional elements. We also find that advertisers can achieve “creative pulsing” by varying the composition of their advertising creative strategy over time.

Our study suggests that strategic thinking in advertising pays off. Marketers should leverage the synergies between content and execution by focusing content on one specific dimension, matching it with consistent executional elements, and varying the composition of the creative over time. 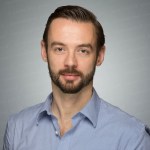