Companies seek local influencers to pitch products. Even though most influencers amass geographically dispersed followings on social media, companies are willing to funnel billions of sponsorship dollars to multiple influencers located in different geographic areas, effectively creating sponsorships that span cities, countries, and in some cases even, the globe. The desire to work with local influencers has spawned advertising agencies that specialize in connecting companies with influencers and may soon redefine the influencer economy.

This trend has merit, our research team finds. In a new Journal of Marketing study, we show a positive link between online influence and how geographically close an influencer’s followers are located. The nearer a follower is geographically to someone who posts an online recommendation, the more likely she is to follow that recommendation.

To investigate whether geographical distance still matters when word of mouth is disseminated online, our research team examined thousands of actual purchases made on Twitter. We found the likelihood that people who saw a Tweet mentioning someone they follow bought a product would subsequently also buy the product increases the closer they reside to the purchaser. Not only were followers significantly associated with a higher likelihood to heed an influencer’s recommendation the closer they physically resided to the influencer, the more quickly they were to do so, too.

We find that this role of geographic proximity in the effectiveness of online influence occurs across several known retailers and for different types of products, including video game consoles, electronics and sports equipment, gift cards, jewelry, and handbags. We show the results hold even when using different ways to statistically measure the effects, including state-of-the-art machine learning and deep learning techniques on millions of Twitter messages.

We posit that this role of geographic proximity may be due to an invisible connection between people that is rooted in the commonality of place. This invisible link can lead people to identify more closely with someone who is located nearby, even if they do not personally know that person. The result is that people are more likely to follow someone’s online recommendation when they live closer to them. These online recommendations can take any form, from a movie review, to a restaurant rating, to a product pitch.

What makes these findings surprising is that experts predicted the opposite effect when the internet first became widely adopted. Experts declared the death of distance. In theory, this makes sense: people don’t need to meet in person to share their opinions, reviews, and purchases when they can do so electronically. What the experts who envisioned the end of geography may have overlooked, however, is how people decide whose online opinion to trust. This is where cues that indicate a person’s identity, such as where that person lives in the real world, come into play. We may be more likely to trust the online opinion from someone who lives in the same city as us than from someone who lives farther away, simply because we have location in common. Known as the social identity theory, this process explains how individuals form perceptions of belonging to and relating to a community. Who we identify with can affect the degree to which we are influenced, even when this influence occurs online.

Our findings imply that technology and electronic communications do not completely overcome the forces that govern influence in the real world. Geographical proximity still matters, even in the digital space. The findings also suggest that information and cues about an individual’s identity online, such as where he/she lives, may affect his/her influence on others through the extent to which others feel they can relate to him/her.

These findings on how spatial proximity may still be a tie that binds even in an online world affirm what some companies have long suspected. Local influencers may have a leg up in the influence game and are worth their weight in location. For these reasons, companies may want to work with influencers who have more proximal connections to increase the persuasiveness of their online advertising, product recommendation, and referral programs. Government officials and not-for-profit organizations may similarly want to partner with local ambassadors to more effectively raise awareness of—and change attitudes and behaviors towards—important social issues.

From: Vilma Todri, Panagiotis (Panos) Adamopoulos, and Michelle Andrews, “Is Distance Really Dead in the Online World? The Moderating Role of Geographical Distance on the Effectiveness of Electronic Word-of-Mouth,” Journal of Marketing. 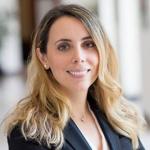 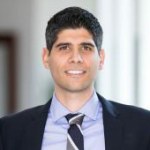 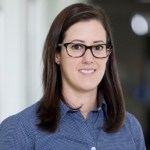