People around the world are not saving enough money. Since increasing personal savings is critical for individual and societal welfare, many researchers have tried to identify reasons why people under-save. Most of these reasons, however, do not lend themselves to behavioral interventions. In a new Journal of Marketing study, our research team aims to address this gap by identifying a novel reason why people under-save and showing how this insight can be leveraged to create a simple, short, and inexpensive intervention.

First, we show that one reason people under-save is because they hold the positive illusion of being financially responsible. In other words, the majority of people hold positively distorted beliefs about how well they save and manage their money because this allows them to feel good about themselves. To illustrate, we show that most people view themselves as more financially responsible than their average peer, which is statistically impossible.

Building on this finding, we next show that offsetting this positive illusion of financial responsibility motivates people to restore this diminished self-view. In other words, when people perceive that their past financial behaviors have fallen short of their desired standard (in this case, to be a financially responsible person), they enact behaviors to close the gap (in this case, by allocating more money to their savings). To this end, we developed an intervention that offsets this positive illusion by inducing the sense that one is spending superfluously, which we define as consumers’ perceptions that they are unnecessarily and commonly spending more than saving (e.g., going out to eat instead of cooking at home).

To induce this perception, we drew upon previous research showing that when answering surveys, people extract information about themselves from their placement on rating scales because they assume that the middle of a rating scale represents the “average” or “usual” frequency of a behavior. Thus, those who respond toward the extreme end of the scale (e.g., far left or far right) infer that they are more or less extreme on that particular dimension. Pretesting enabled us to create questions in which we asked all participants to indicate how often they engage in five spending behaviors that are common but superfluous, with response scale anchors ensuring that the majority of people endorse the upper ends of the scale (i.e., superfluous-spender intervention).

Across a series of six experiments, we show that people receiving the superfluous-spender intervention increases both intentions to save and actual savings relative to those who do not receive the intervention. We examined the effectiveness of the intervention on savings of earned income in a three-week diary study with chronically poor coffee growers in rural Uganda and replicated its effectiveness in a follow-up study (also in Uganda) examining savings of a monetary windfall. We also show, in line with our theoretical reasoning, that the intervention increases saving as a result of one’s desire to restore diminished perceptions of financial responsibility.

In addition, we shed light on two managerially relevant moderators demonstrating both when and for whom the intervention is most likely to be effective. More specifically, the intervention is only expected to increase savings if people can use the scale questions to draw perceptions about their own level of financial responsibility. Because past research has shown that people reach conclusions about themselves only when past behavior was freely chosen, the intervention is only effective when past financial behaviors are highlighted that were under one’s control and therefore attributable to the self. In other words, referencing past behaviors that were not under one’s control (e.g., instances where people had to spend instead of save) mitigates the intervention’s effectiveness. We also show that the intervention is most effective among people who are motivated to perceive themselves as financially responsible (i.e., those scoring low in materialism happiness).

In closing, although it may be tempting to think that the savings silver bullet is to make consumers feel better about themselves in the financial domain, the empirical data from this research suggest otherwise. Not only do we illuminate a novel antecedent to saving (i.e., the illusion of financial responsibility), but we also show how financial stakeholders can combat this self-enhancing bias in an effort to encourage consumers to (accurately) reflect on their financial situation, realize their (many) surpassed savings opportunities, and commit to saving more. 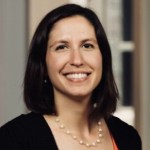 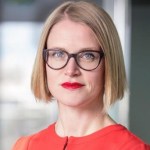 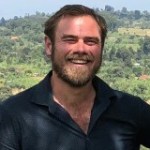