When a disaster occurs, charities gear up to help those affected by the crisis. COVID-19 is no exception, and charity appeals are flooding consumer email accounts and mailboxes. Despite digital marketing advances, many charities still rely heavily on direct mail for raising donations.

Many nonprofits include a small gift with their appeals, such as pennies, dimes, address labels, and greeting cards, in hopes of persuading recipients to donate. However, these monetary and non-monetary pre-giving incentives (PGIs) cost time, money, and other resources that are already scarce for charities. A new Journal of Marketing study investigates how recipients respond to pre-giving incentives to determine if they are worth the investment.

PGIs such as coins and greeting cards are included in approximately 40% of the total non-profit mail volume. In fact, inclusion of monetary PGIs is so popular that the strategy has its own moniker: “the coin trick.” In seven studies, our research team examines the effect of monetary versus non-monetary PGIs on multiple outcomes of interest to charitable organizations, including increasing awareness, procuring future donors, influencing consumer perceptions, and fundraising. Results indicate that PGIs have different effects on different outcomes and that the best strategy depends on what the charity wants to achieve, as described below.

Enclosing a monetary PGI may help organizations achieve the goal of enlarging the donor pool for future campaigns. Results show that a monetary PGI leads to a significantly higher response rate than both a non-monetary PGI and no PGI. However, no response rate difference is found for the annual campaign for recurring donors. Therefore, monetary PGIs may be especially beneficial for lesser known charities just starting to build a donor list.

If the primary goal is to maximize the contribution of each donor, results consistently show that a monetary PGI is a bad idea. Non-monetary PGIs perform no better than no incentives. In fact, including them, even when we increase their value, leads to the same average donations as when no PGI is included.

If the goal is to minimize losses or yield a higher return on investment, it is more effective to not include a PGI. Specifically, for donor acquisition, where ROIs for all conditions are negative, enclosing a monetary PGI leads to an additional $.27 cents net loss per mailing, which is more than twice the net loss with no PGI. Enclosing a non-monetary PGI results in an additional $.24 net loss per mailing. Similar results are found with recurring donors. Enclosing a monetary PGI results in a $2.19 lower ROI per person compared to no PGI, while a non-monetary PGI (versus no PGI) results in a $1.41 lower ROI per person.

From: Bingqing (Miranda) Yin, Yexin Jessica Li, and Surendra Singh, “Coins are Cold and Cards are Caring: The Effect of Pre-giving Incentives on Charity Perceptions, Relationship Norms and Donation Behavior,” Journal of Marketing. 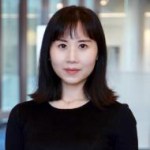 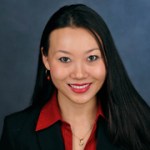 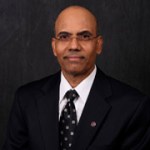 Surendra Singh is Professor of Marketing, School of Business, University of Kansas, USA.