BallotBin, a UK-based company, designs custom bins for the disposal of cigarette butts. These “ballot bins” have a fascinating feature: They pose a question and provide two bin compartments, each labeled with a possible answer to the question. Smokers can then answer the question through the disposal of a cigarette butt into either compartment. For example, one recent “ballot bin” in London asked smokers whether flying or invisibility is the better superpower, allowing them to express their preference by depositing their cigarette butts in one of two labeled compartments. And this set-up can be found in a variety of other settings designed to increase prosocial acts. Cafés have started to position two tip jars rather than one, asking patrons whether they prefer Star Trek or Star Wars. Similarly, the ASPCA asked people to donate money by expressing their preference for cats or dogs (“Vote for your Paw-sident”). We call this setup, in which the act of giving is framed as a choice between two options, the “dueling preferences” approach. But the question remains: Is the dueling preference approach really more effective at increasing prosocial giving than traditional approaches? And if so, why?

Next, we sought to understand why this approach works. After several follow-up studies, we learned that this approach works because it provides people with the opportunity to say something about who they are. People love to talk about themselves and share their opinions—in fact, the parts of the brain that light up when we get to share our opinions also light up in response to finding $10 or getting a sweet treat. This fact about human psychology ultimately makes the dueling preferences approach an inherently attractive and motivating opportunity. People are willing to give money to share what they believe in. So, a charity drive that asks “Cats or Dogs?” for example, can increase the likelihood and amount of donations.

Of course, the dueling preferences approach must be implemented tactfully. People may be willing to give money to share what they believe in, but what if a duel captures an issue people don’t believe in? When we tested a duel that asked people’s preferences for the letter “A” vs. “B”—a relatively uninspiring issue—we were not able to increase prosocial giving. Similarly, when we tested a duel that was interesting to some, but not to all—one’s preference for pets—we found that the duel only increased giving among those who found the issue to be important to them. Also, people do not always want or even need to express themselves. This desire to self-express is often quieted when we are trying to keep to ourselves or if we have already had the chance to express. In an experiment testing the latter situation, we also found that the effectiveness of dueling preferences was limited. So, while the inherent need to say something about who we are is critical for harnessing the power of dueling preferences, people differ in what and when they want to share. As a result, it takes some thought to figure out exactly what options to choose, when, and among whom to deploy this approach.

Overall, those interested in increasing prosocial giving, such as workers in customer service industries, managers and development directors for small businesses, or charities, can benefit by leveraging the flexibility and ease of implementation of the dueling preferences approach. But at the same time, we also hope they will think critically about how to maximize their return. Based on our findings, managers should consider what kind of issues their targets find important and the extent to which their retail setting sparks the desire to express oneself.

Ultimately, if managers can effectively harness people’s desire to express themselves, this approach can be a powerful tool for increasing prosocial giving—especially since this approach can affect prosocial behavior without appealing to prosocial identities per se or referencing the organization itself. The magic of dueling preferences lies in its ability to leverage any valued identity—whether that is a Star Trek fan, chocaholic, or lefty—to increase prosocial giving.

Read the authors’ slides for sharing this material in your classroom 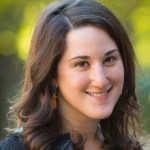 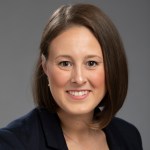 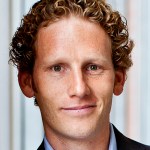