Religious values inform day-to-day business operations as well as the way in which firms practice marketing. On top of that, the notion of “God salience” is a driving force for many consumers as religious norms determine what consumers may find acceptable or unacceptable in consumption settings. Indeed, existing research demonstrates that individuals with strong religious values are often more sensitive to perceived fairness violations. An important question to consider in this context concerns the degree of the impact of consumer religiosity on spreading negative word of mouth (NWOM) when a perceived breach of fairness norms occurs during service encounters.

No matter the amount of preparation or training, service failures are inevitable. Perhaps more concerning for firms is that contrary to popular belief, religious consumers are no more prone to forgiveness than non-religious consumers, even though religious individuals are more sensitive to fairness violations. With the holiday season in mind, it is reasonable to wonder how an individual’s possession of the “Christmas spirit” may impact negative WOM in light of service failures.

A recent JMR article by Riza Casidy, Adam Duhachek, Vishal Singh, and Ali Tamaddoni (2021) addresses this phenomenon by considering the relationship between religious belief, priming, and NWOM. The authors conducted a field study using 1.2 million actual online restaurant reviews from Yelp and further corroborate their findings through a series of four lab experiments. Their findings suggest that religious consumers are more likely to engage in NWOM. This is due to a greater sensitivity to violations of fairness, which reduces rates of forgiveness.

However, all hope is not lost! The authors also find that when religious consumers are exposed to religious priming—cue what the authors call the “Christmas spirit” effect—NWOM is decreased. This is attributed to a reduced sensitivity to fairness violations, which enhances forgiveness.

Putting the Christmas context aside, managers should strategically consider the fairness versus forgiveness interplay between religious and non-religious consumers. Depending on an organization’s target market, current customers, and geographic locations, intentional and specific strategies can be implemented to address this issue. For instance, marketing practitioners could integrate religious references in their marketing mix in highly religious areas in order to minimize NWOM.

We contacted the authors to gain their perspectives about the study. Continue reading to learn more about the insights we gained from them.

Q: This study provides further evidence that supports the importance of God salience in altering consumer behavior. What do you think are the main implications of your study for policy makers who design public interventions that often require behavioral change?

A: Religion plays an important role in influencing people’s thoughts and behavior, and we found that reminding people of their religious values via God salience would lead them to be more forgiving toward service failure, thereby reducing NWOM. We believe that policy makers could integrate religious stimuli in their communication strategy to instigate behavioral changes among consumers, to promote forgiveness among consumers, particularly when it comes to service failure in a public policy or societal context.

A: Consumers go through different mechanisms when it comes to positive word of mouth. Prior research has documented that self-enhancing motive and desire to impress others (i.e. impression management mechanism) are strong drivers of positive word-of-mouth. Self-centrality principle theory states that religiosity may be associated with stronger impression management motives as religious people want to show others that they are “blessed” and “superior” compared to others. Thus, exposure to God salience may activate stronger desire to impress others among consumers, which in turn could enhance their positive WOM.

Q: Your research suggests that firms should respond differently to religious and nonreligious customers by adjusting service recovery tactics accordingly. To what extent do you think customized marketing tactics informed by consumer religiosity could trigger positive/negative effects on a firm’s brand?

A: We believe that customized marketing tactics could be used effectively by using subtle religious stimuli (e.g. Christmas decorations) to ensure that it would lead to positive outcomes for religious customers, while not antagonizing the nonreligious segment.

Q: In study 1, you used Yelp data to conduct a large field study. What were the unique challenges that you faced in using these data? Do you have suggestions for future scholars when approaching these types of field experiments?

A: In Yelp, the majority of restaurants that attract a large number of reviews are located in metropolitan areas with less religious consumers. Also, the data about location of reviewer were sparse, making it difficult to separate local reviewers from tourists. Future scholars should look into other types of data that have a good balance between religious and nonreligious areas.

Q: What was the rationale behind your decision to conduct your study in service settings (vs. products)? Could you please share more information about what inspired you to focus on this research topic and context?

A: We actually did use a product setting in our Study 3. We believe there is a blurring line now between product and service, which means that our findings can be applicable to the product context. We were inspired to do research on this topic and context because religion plays such an influential role across a diverse range of behavior, yet very few research studies have examined the effects of God salience on consumer behavior. Given the adverse effects of NWOM on businesses, we thought it would be great if firms understand how they can use God salience effectively to discourage NWOM among consumers.

Q: Were you surprised by any of your findings? What was the most surprising conclusion that you drew from this research? 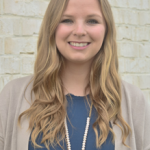 Courtney Bolin Peters is a doctoral candidate in Marketing at the University of Memphis. 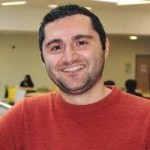