How consumer media use is set to evolve, and whether marketers are doing enough to adjust their digital marketing strategy

The techlash has hit.

As marketers barrel toward a brave new world of marketing technology, many are heading straight at an unexpected obstacle: the consumer.

According to a new report published by AMA New York, titled “The Future of Marketing,” Americans will ease off of social media use and online gaming in the next three years, even as advertisers plan to up their stakes in these arenas. Moreover, American consumers are worried about smart speakers, the internet of things and other marketing innovations. They’re also fearful about privacy, falsehoods and psychological harm. But many marketers overrate how positively consumers view marketing change and underrate their concerns.

“Techlash is here,” says Karen McFarlane, president of AMA New York. “Despite their fast adoption, consumers have profound concerns about their personal data and how it will be used or compromised. When it comes to the growing intersection of IoT, ad tech and artificial intelligence, marketers must amplify brand trust and become unmatched champions of consumer privacy.”

So what is the techlash? Last year, Oxford Dictionaries defined it as “a strong and widespread negative reaction to the growing power and influence of large technology companies, particularly those based in Silicon Valley.” (They rated it a “word of the year.”) For marketers, techlash means consumer hostility or unease about new marketing technologies or approaches—and whomever deploys them. It takes many forms, including shunning products, quitting platforms, reducing usage or reputational damage.

Signs of the techlash are visible in media use trends revealed by the study, such as the expected leveling off of social media use and online gaming in the U.S. Overall, net audience change (i.e., proportion expecting to spend more time minus proportion expecting less) expected for social media use is a predicted 6% decrease and a 4% decrease for online games. This is consistent with other recent studies by Pew and eMarketer.

It’s true that consumers are moving from older media to online alternatives, but the big gainers are likely to be websites, email and streaming media rather than social media or gaming, despite their hype. In particular, Facebook and Instagram use is forecast to level off through 2022, while consumers expect net declines in their use of Twitter, Snapchat and LinkedIn. Growth is forecast only for YouTube, similar to streaming media in general.

Facebook’s spectacular stumbles and the resultant damage to its image have drawn widespread publicity, but social media anxiety has spread further. Edelman found that 61% of Americans mistrust social media companies in general to protect their data.

The consequences of consumer mistrust are real. An Axios-Harris poll of trust in 100 tech companies revealed Facebook plunged from 51st place in 2018 to 94th this year, while Google dropped from No. 28 to No. 41. Polls show Facebook’s worsening image has hurt usage and engagement.

But even as techlash has hit America, the AMA New York research shows that some marketers haven’t noticed. Marketers report over-indexing on many social media platforms already. Despite the projected slippage in social media and gaming audiences, 68% and 25% of marketers anticipate increased marketing spend in these respective categories.

Beyond shifting their media use, the Future of Marketing study shows Americans are ambivalent and divided about martech and the IoT—which may surprise many marketers. None of the nine marketing innovations tested with descriptions in the study are favored by a majority of consumers, though pluralities preferred four of the innovations and noteworthy proportions say they “don’t know.”

The innovations most consumers are skeptical about include many popular with marketers, including personalized ads (just 35% of consumers found favorable), IoT-connected home devices (37%), micro-influencers (29%), employee influencers (32%) and augmented reality (36%). At present, the only innovations with plurality consumer support are ones that can be voluntarily used, such as virtual reality (45% favorable), smart speakers (44%), AI assistants (46%) and omnichannel (41%).

These findings are not outliers and are consistent with other recent research by the Internet Innovation Alliance, NBC and the Wall Street Journal.

But of all the new martech tested, substantial proportions of consumer respondents—from 10% to 24%—are uncertain about what they think of the changes. This suggests a big chunk of consumers may be convinced by the merits of martech.

American consumers are relatively open to the benefits of new marketing technology, but they have a lot of anxiety about the potential drawbacks.

When we tested positives for the martech innovations described above, Americans agreed with most of the claimed benefits (except those for IoT). Percent majorities from the low 50s to low 60s say that new technology will make shopping easier, quicker and better-informed, and improve access to brands’ understanding of their needs. Almost half of consumers also say shopping will be more fun. But favorability is not consistent: Despite moderate numbers for each claimed benefit, only one in four Americans agree with seven or eight of them.

On the other hand, majorities or pluralities of consumers worry about all six negatives we tested. The most widespread concern was that four in five consumers fear fake accounts, falsehoods, hackers and bots will mislead them. Nearly as many fear that they will lose their privacy and be under constant surveillance. Two-thirds say that martech will take the human touch out of shopping or that it will spread isolation and depression. Almost half believe it will make ads less creative.

The digital disconnect is sharp: American marketers overrate the perceived positives of marketing innovations, while not taking consumer concerns seriously enough. Most expect U.S. consumers to consistently welcome them, but the perception gap between marketers and consumers averages 27 points. Marketers are more aware of the possible problems, but still underrate them. Although majorities recognize customer concerns regarding five of the six negatives (all but loss of creativity), the proportion expecting consumers to be bothered by each consistently runs below that of consumers who are—by as much as 22%.

Consumers and marketers agree: In a decade, marketing will live mostly online, while buying will remain omnichannel. Yet to close the digital disconnect, marketers must recognize the trends and dangers, educate consumers and lead changes to improve marketing practices and privacy.

For a future of online marketing to win consumer trust, marketers need to listen and respond to related consumer concerns—and the time to start is now.

The AMA New York’s Future of Marketing study surveyed consumers and marketers and looked at industry trends for the coming three to 10 years. The study consisted of an online poll of approximately 500 consumers and marketers in the U.S. fielded in January by YouGov, along with similar numbers in China by Kadence in March, and questionnaire and analysis by Charney Research. The U.S. sample was nationally representative, the Chinese sample mostly urban and middle-class. The full report is available at amanewyork.org/techlash. 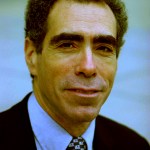 Craig Charney is president of Charney Research, a New York-based market research firm with a focus on tech, health and global markets. He has been in the field for more than 20 years, with extensive experience in studies in the U.S., Asia and Africa. Clients have ranged from major tech companies and consulting firms to the World Bank, Nelson Mandela and President Bill Clinton.