Food insecurity, or the lack of ability to acquire healthy or enough food, is a major concern across much of society. It has been linked to many negative outcomes for individuals, including poor physical and mental health. Past research on food insecurity has suggested that a lack of financial resources drives increases in food security. However, an increase in financial resources may lead households to spend more money on food and purchase a wider variety of foods. Thus, Dr. Mike Palazzolo and Dr. Adithya Pattabhiramaiah investigate this phenomenon by studying how a change in the minimum wage influences the quality and quantity of food consumption for a given household.

We were able to ask several questions to these authors, who kindly provided interesting insights into this article.

Q: This study contains behavioral conclusions related to several factors including overall caloric intake, consumption of healthy foods, and the number of items in one’s dietary selection. What was the most interesting finding for you in this research and why did it surprise you?

A: We assumed when we began this work that we would see a bigger impact on healthy foods. Perhaps it is difficult to ignore one’s desire for optimism while conducting research. Much of the work on food insecurity posits that healthy eating is inhibited by a lack of budget, but we found: (1) no change in healthy eating as budget dwindled over the course of the month, and (2) a much more limited effect of the minimum wage on healthy eating than we anticipated (and, for some households, a negative effect). In retrospect, this is largely consistent with the literature in that it has shown that it’s very hard to change what people eat. Interestingly, however, this was inconsistent with what food insecure households tell us about their behavior when responding to surveys.

Q: This study possesses strong public policy implications, which have become increasingly more common in the academic marketing literature. How was the idea development process different than when writing a “traditional” marketing paper?

A: We’re not sure that it was all that different, beyond the initial question of interest having the policy bent. Prior research had argued that when minimum wage earners experience higher wages, they are more likely to spend them on durable goods (cars, television sets, etc.). On the other hand, at the time when we started writing the paper, policy makers in Washington had begun referring to minimum wages in America as “starvation wages,” even though there wasn’t much empirical research examining the degree to which higher wages could drive down food insecurity. This motivated our focus on this topic. But once you know which question you’re answering, the process thereafter largely remains the same.

A: Nothing comes directly to mind, but it may be wishful thinking to hope to curtail any and all indulgence. However, on balance, our findings do seem like a win for consumer welfare. You can think of it almost like income inequality. If you can transfer $1,000 from someone who makes $1 million to someone who makes $20k, that is probably a win; the former person will not miss the $1k, but it may lead to huge improvements in the latter’s life. Although even in our dataset, the “healthiest” people still aren’t necessarily eating as healthily as the USDA or other agencies would recommend.

Q: As cost-of-living increases have begun to rise rapidly due to increased inflation, how does this impact the findings of this study?

A: It indeed has, and our analyses pay special attention to carefully accounting for cost-of-living changes at the local level. Overall, the “real” minimum wage is effectively decreasing, so the ability of minimum wage-earning households to purchase food (and healthy food) is no doubt declining.

Q: Do you think minimum wage increases can lead to any other negative externalities, such as price increases by retailers or consumption of other products?

A: Some research has found this to be so: A 10% increase to the minimum wage was found to lead to between a 0.4% (Leung 2021) and 0.8% (Renkin et al. 2020) increase in grocery store prices. We are not aware of research showing any other negative externalities of minimum wages on product purchases.

Q: Are there any other policies, aside from minimum wage changes, that you think may increase the consumption of healthy foods?

A: Our takeaway from the bulk of the prior literature we cite is that restricting or discouraging unhealthy eating may be more effective than encouraging or subsidizing healthy eating. Attempts at boosting nutritional benefit awareness (via informational campaigns and product labeling) are also known to have limited success. While it may seem hard to nudge households to choose more nutritious food items, this is definitely a promising and active area for further research.

Renkin, Tobias, Claire Montialoux, and Michael Siegenthaler (2020), “The Pass-Through of Minimum Wages into US Retail Prices: Evidence from Supermarket Scanner Data,” The Review of Economics and Statistics, 1–99. 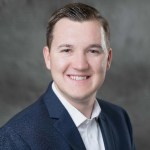 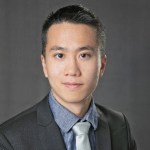