Debt is a double-edged sword in personal finance. On the one hand, consumers using their own money do not need to pay interest payments or fees, yet their spending becomes subject to their budgets. On the other hand, borrowing money from banks and credit card issuers allows consumers to increase their consumption beyond their current budget. However, borrowed money, or debt, entails financial costs that can impair consumers’ long-term financial health. In their recent Journal of Marketing Research article, Sharma, Tully, and Cryder (2021) have investigated how consumers perceive and use debt. Unlike prior work, however, the authors examine an overlooked factor of debt: psychological ownership.

Psychological ownership refers to “the extent to which someone feels that a given target is theirs and belongs to them” (Sharma, Tully, and Cryder 2021, p. 498). In the context of borrowed money, psychological ownership is the extent to which funds that are available to be borrowed feel like one’s own money. An interesting aspect of psychological ownership is that people can feel a sense of ownership of an object that is not legally owned by them. This research focuses on this incomplete alignment of legal ownership with psychological ownership and proposes that the level of psychological ownership of borrowed money could vary depending on the type of debt. Specifically, the authors predicted that people would feel a greater sense of ownership to a debt framed as “a credit” rather than a debt framed as “a loan.” They suggest that although both credits and loans indicated borrowed money, the two terms are used in different contexts: “funds marketed as ‘credit’ are generally more readily accessible, have less stringent preapproval requirements, and fewer restrictions regarding use of the funds relative to loans.” As a result, consumers view credit as money owned by themselves, whereas they view loans as being owned by lenders, even though in legal terms, both debts actually belong to the lenders.

Sharma, Tully, and Cryder tested their prediction across experiments, a survey, and an archival study. The authors showed that at the individual customer level, psychological ownership of debt predicted borrowing behavior above and beyond other factors such as financial literacy, debt aversion, and self-control. More importantly, four experiments demonstrated that people did feel a greater sense of ownership of credit than of loans, even if the structure and conditions of both financial products were identical. This difference in perception also affected the willingness to borrow money when debt was framed as “credit” compared with when debt was framed as a “loan.” In summary, the authors demonstrate that using these different terms to describe debt can generate significant psychological and behavioral differences.

The study has significant implications for both lenders and policy makers. First, lenders, such as banks and credit card issuers, can increase the adoption of their products simply by branding their products as credit rather than as loans. Such a marketing practice, however, may lead to excessive borrowing among consumers. Policy makers thus may be wise to consider introducing legislation that intervenes in lenders’ adoption of the marketing practice presented here. Specifically, the authors showed a reduction in consumers’ willingness to use credit when they were explicitly reminded that the credit belonged to the lender. Therefore, simply providing a reminder that debt has to be repaid and is legally owned by the lender may be sufficient to discourage consumers from incurring unmanageable debts.

Q: Ownership and borrowed money, or debts, are not concepts that naturally go together. Is there any experience that inspired your research?
It’s interesting. This research began with the observation that people borrow more money using credit (e.g., credit cards) than loans. However, interest rates for financing products like credit cards tend to be higher than those for loans—so why does this happen? There are a lot of different reasons, but we wondered whether part of it might relate to how people perceive these forms of borrowing. In particular, is there variation in the extent to which some forms of borrowing feel like debt? We uncovered that people felt that borrowed money in the form of credit felt more like their own money. Then we started thinking – does psychological ownership vary across debt forms? If so, how can it be manipulated?

Q: Given that people feel less ownership with loans than with credit, what can financial institutions do to increase the adoption of their loans?

One important observation is that credit (e.g., a credit card) often has a higher interest rate than loans. So, an interesting question is how to encourage consumers who are going to use debt to use more affordable loans instead of credit. There are a couple things that financial institutions can do: (1) naming conventions and (2) psychological ownership terminology. With respect to naming conventions, we have seen that credit-framing changes how consumers feel about the product. In our work, we took a product like a Flex Loan and relabeled it as Flex Credit, which increased ownership perceptions and interest in using the product. With respect to ownership terminology, we have seen that using language higher in psychological ownership (e.g., “yours,” “belongs to you,” “for you to have”) increases ownership perceptions, and language lower in psychological ownership (e.g., “temporarily belongs to you,” “lender,” “repay”) decreases ownership and interest. That said, my personal view is that financial institutions should be cognizant about how they market any financial product and aware of the implications of using such language to increase interest in borrowing with respect to consumer welfare.

Q: Do you think psychological ownership would also affect borrowers’ propensity to repay? If so, is there any advice that you can give to banks and other lenders?

I believe that it would but based on the empirical evidence that my co-authors have collected thus far, the ways in which it may do so are unclear. In some contexts, we saw that greater psychological ownership of borrowed money decreased concern over repaying, but at other times, it did not. This suggests to me that there are other factors waiting to be uncovered.

Financial institutions and employees interacting with customers should be aware of how their naming terminology and language can affect psychological ownership and willingness to use products. However, this also applies for nonfinancial companies, too. Virtually any situation in which people are dealing with products that consumers borrow, temporarily use, or products owned by another entity, there is room for variation in psychological ownership. Thus far, we have seen positive relationships between psychological ownership and interest/willingness to use monetary forms. This likely extends to other things like shared or borrowed resources – office supplies, company materials, or services, for example.

We do not have empirical results to address these questions, but I would speculate that the lender and context (B2B vs. consumer decision making) matters. For instance, it’s plausible that B2B decisions, compared with individual decision making, will be less affected by psychological ownership perceptions and driven more by financial or strategic factors. 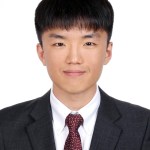 Jinwoo Kim is a doctoral student in marketing at Tepper School of Business, Carnegie Mellon University. 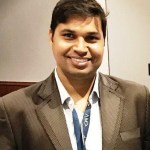