Is it really over for paid mobile apps? The mobile app industry is unique because free apps are much more prevalent than paid apps in most app categories, contrary to many other product markets where free products primarily play a supportive role to the paid products. Apps have been trending toward the free version in the past decade, such that in July 2020, 96% of apps on the Google Play platform were free. However, 63% of the free apps had fewer than a thousand downloads per month and 60% of app publishers generated less than $500 per month in 2015.

Are there ways for paid apps to make free apps more profitable? And how can app publishers improve profitability by strategically deploying or eliminating the paid and free versions of an app over its lifetime? To answer these questions, our research team investigated app publisher’s decisions to offer the free, paid, or both versions of an app by considering the dynamic interplays between the free and paid versions. Our findings, published in the Journal of Marketing, offer valuable insights for app publishers on how to manage the versioning decision over an app’s lifetime.

First, we demonstrate how the free and paid versions influence each other’s current demand, future demand, and in-app revenues. We find that either version’s cumulative user base stimulates future demand for both versions via social influence, yet simultaneously offering both versions hurts the demand for each other in the current period. Also, the presence of a paid version reduces the in-app purchase rate and active user base and, therefore, the in-app purchase and advertising revenues of a free app, but the presence of a free version appears to have little negative impact on the paid version of an app. Therefore, app publishers should be mindful of the paid version’s negative impact on the free version. In general, simultaneously offering both versions helps a publisher achieve cost savings via economies of scale, but it reduces revenues from each version compared to when either version is offered alone.

Second, our analyses show that the most common optimal launch strategy is to offer the paid version first, which applies to 40% of apps in our data. Paid apps can generate download revenues from the first day of sales, while in-app revenues from either version rely on a sizeable user base which takes time to build up. So, publishers can rely on paid apps to generate operating capital and recuperate development and launch costs much more quickly. Nonetheless, there are variations across app categories, which are related to differences in apps’ abilities to monetize from different revenue sources. For example, the percentage of utility apps that should launch a paid app is particularly high because they have a lower ability to monetize the free app through in-app purchase items and advertising. In contrast, entertainment apps should mostly launch a free version because they have high availability of in-app ad networks and in-app purchase items.

Our research reveals the dynamic interplay between free and paid versions of an app over its lifetime and suggests a possible remedy for the failure of apps. Many apps that start out with a free version fail because they cannot generate enough revenue to sustain early-stage operations. Unlike in many other markets where free products are used to support paid products, the paid version of mobile apps tends to play a relatively supportive role to the free version in many app categories. We urge app publishers to pay close attention to the interplay between free and paid app versions and to improve the profitability of free apps by strategically deploying or eliminating their paid version counterparts over an app’s lifetime.

From: Seoungwoo Lee, Jie Zhang, and Michel Wedel, “Managing the Versioning Decision over an App’s Lifetime,” Journal of Marketing. 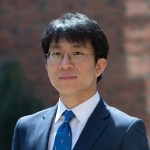 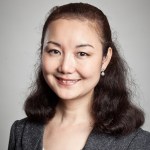 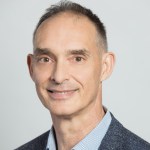