With almost 4,000 new apps being added to the existing 5 million each day, the app industry is flush with apps of varying degrees of quality and differentiation. Thus, app developers are tasked with creating awareness about their apps and convincing potential customers to purchase them.

Lacking huge advertising budgets and popular third-party recommendation agents, many app developers offer free versions of their paid apps to entice customers to try their apps, increase app awareness, and promote paid app sales. Consequently, more than 90% of apps on Google Play are free, and a large proportion of these free apps are offered as samples of full-featured paid apps.

Developers that adopt the strategy of offering free versions of paid apps hope that these free versions will entice customers to try their apps, thereby increasing app awareness and promoting paid app sales. Despite the popularity of this strategy, there is a dearth of understanding about its effectiveness. In new research published in the Journal of Marketing, Sandeep Arora, Frenkel ter Hofstede, and Vijay Mahajan investigate this strategy and also explore the implications of developer reputation and paid app user rating for the performance of paid apps.

To highlight the magnitude of the association between free version presence and performance of paid apps, the authors simulated the performance of two popular paid apps (one game and one utilitarian app) on Google Play across two scenarios: one in which free versions of the apps exist and the other in which there are no free versions.

The authors further observed that offering a free version is associated with a decrease in paid app adoption speed. In their simulations, paid apps with free versions took 18%–28% longer to reach the 10,000 installation level compared with paid apps without free versions.

From: Sandeep Arora, Frankel ter Hofstede, and Vijay Mahajan (2017), “The Implications of Offering Free Versions for the Performance of Paid Mobile Apps​,” Journal of Marketing, 81 (6), 62–78. 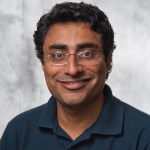 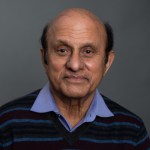