Think of the last time you made plans for dinner with a friend. The planning process may have unfolded something like this: you ask them which restaurant they would like to go to, and typically, they respond in one of two ways—either by suggesting a preferred restaurant or by stating, “I am okay with any restaurant; you can decide.” Which answer would you prefer to receive? Would you prefer that your friend explicitly provide their preference or that you make the decision yourself? Liu and Min’s (2020) recent Journal of Marketing Research article is motivated by one such conversation. Dr. Peggy Liu and Dr. Kate Min have been good friends since their time at Duke University. During annual conferences, they would make plans to have dinner together, and more often than not, this scenario would play out with the response “Anywhere is fine; you decide.” Dr. Liu noted that the asymmetry between what the requestor expects and what the responder expresses is a curious phenomenon, and this observation ultimately inspired their investigation. Interestingly, the authors’ research indicates that most often you (the requestor) would like to elicit explicit preference expressions from your friend (the responder). In contrast, most often, your friend responds with “anywhere is okay with me,”  with the aim of seeming agreeable. The authors investigate the consequences of this asymmetry in desired (by you) vs. actual preference expression (by your friend) in such joint consumption decision contexts.

The authors demonstrate that this preference expression asymmetry applies to a wide variety of contexts, such as joint consumption decisions for restaurant cuisine, movies, and museums. This phenomenon also occurs when joint consumption decisions are made in groups as well as dyads. Additionally, the authors demonstrate how this asymmetry is mitigated when the strength of the requestor’s true preference is high (i.e., if the requestor has a strong preference, they will be happy if the responder does not express their preference). In summary, this manuscript offers novel insight into the underlying psychology of the joint consumption decision-making process, thus providing consumers information they can use to enhance the quality of their everyday social consumption interactions.

A: We have been good friends for many years since our years in the Duke marketing Ph.D. program. We usually get together every year at conferences to have dinner together with each other and a few other friends. Such dinners are usually prefaced by a round of emails between us all, in which someone asks where the others want to go to dinner, and everyone else responds that anywhere is fine with them. After one of these experiences, Peggy noted that this asymmetry between what the person asking was hoping for (some preferences from everyone) and what other people were saying was really interesting. So, she asked Kate if she would like to work on this idea together.

A: We didn’t focus on consumer individual differences in our research, but it certainly seems possible and likely that individual differences play a role in consumers’ likelihood of preference expression. For example, it is possible that selfish people are more likely to express their preferences than altruistic people. Interestingly, in our context, if that were the case, it would suggest a situation in which selfish people might actually be more likable than altruistic people—because we find that people like those who express their joint consumption preferences.

Q: In the “real world” (with no experimental intervention), do you think that responders may question the intent behind requestors’ requests, such that the initial requests are perceived as a strategy for the requestor to satisfy their own initial focus on seeming likable and easygoing?

Q: Do you anticipate similar outcomes in romantic and dating contexts? How might gender dynamics influence this process?

A: We focused on friendships, and we found similar results across friendships and more distant relationships (e.g., friend-of-friend interactions). However, examining whether similar dynamics exist in romantic and dating contexts would also be interesting. We do think that similar dynamics could exist, as requesters likely still would prefer to receive a response, and responders would still want to convey their likability and easygoingness. We speculate that this tendency to want to appear likable and easygoing might be stronger among women than among men in heterosexual dating relationships, at least in the early days. There is some interesting work by Hasford, Kidwell, and Lopez-Kidwell in JCR (2018) that distinguishes between whose food preferences dominate during the initial relationship formation stage versus the relationship maintenance stage within heterosexual relationships.

Q: What are the main takeaways you hope your audience (marketing practitioners, researchers, and consumers) will take from this paper? Also, is your lab pursuing any interesting research projects which will expand the findings from this research?

A: First, we hope that consumers will easily recognize these kinds of interactions in their everyday lives and correct for them, especially when they are in the responder role: simply put, express your joint consumption preferences when you’re asked for them. Second, we think there is a lot of work to be done on joint consumption and the dynamics of how consumers arrive at a decision together. We hope more researchers will do work on this important area. Third, although this is primarily a theoretical paper with consumer welfare implications, we hope that marketing practitioners interested in joint consumption recognize that understanding how consumers arrive at decisions about joint consumption is important—in fact, there are even digital apps that help a person arrive at a decision about what restaurant to eat at. Our research suggests that such decisions can be even harder for joint consumption. 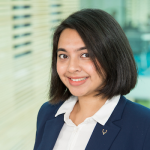 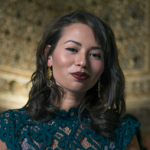 Maria Langlois is a marketing doctoral student at INSEAD.