Word-of-mouth (WOM) is arguably the most influential means of persuasion and can be a critical driver of a company’s growth. For this reason, many companies offer consumers incentives to encourage them to generate WOM. Classic examples of this practice are referral and seeding programs, whereby a company literally “pays” current customers to generate positive WOM and attract new customers. Despite its intuitive appeal, however, this practice can backfire. Ironically, incentivizing WOM sometimes can hamper, rather than increase, consumers’ willingness to engage in WOM. A new study in the Journal of Marketing explores how marketers can fuel positive WOM without using explicit incentives.

Our research team shows that commonly used marketing perks—e.g., gifts, benefits, and rewards—can effectively foster WOM without being used as explicit incentives. Their effectiveness at boosting WOM, however, depends on how they are framed and therefore perceived by consumers: Marketing perks are more effective at fostering WOM the less they are perceived to be given out of contractual obligation. We use the term “contractuality” to refer to the degree to which a perk is perceived to be given to consumers in exchange for engaging in specific behaviors dictated by a company, such as filling out a survey or making a certain number of purchases.

We demonstrate that marketers can influence the perceived contractuality of a perk with easily implementable pivots. Consumers can perceive the exact same perk (e.g., a free coffee) as more or less contractual simply based on how it is framed. As one example, the perceived contractuality of a perk can be lowered by giving consumers a free item after a set number of purchases, but not making the number of purchases salient to the consumer. As another example, the same perk could be accompanied by a thank you note, as opposed to a note that highlights all the effort a customer had to put in to earn the perk. In both instances, companies do not have to change the offering, only how consumers perceive it.

Interestingly, however, perks lower in contractuality can sometimes backfire against companies. We show that this is more likely to occur when a perk characterized by low contractuality comes from a disliked or distrusted company. Under such circumstances, we find that consumers become wary of the company’s intentions and then interpret the perk as a manipulative act of persuasion driven by ulterior motives. When this happens, perks lower in contractuality in fact hinder rather than fuel WOM. To illustrate, many consumers do not like utility providers or financial institutions. To the extent that such dislike prompts consumers to make hostile attributions of benevolent gestures, such companies might be better off using perks that are higher in contractuality.

Our findings suggest that marketers could nudge consumers to generate positive WOM by providing them with perks that have fewer strings attached. Of note, this could be achieved at a similar cost to perks that come across as highly contractual. 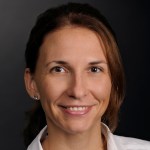 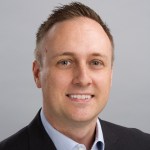 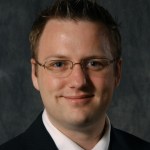