Source: Does it matter? yes.

In 2017, the California Department of Transportation enacted a law to fine drivers who use their phones while driving. The law prohibits drivers from even having their phones in places that might block their view of the road. This regulation was put in place for people’s protection: using mobile phones while driving is the cause of 9% percent of deaths resulting from car accidents in the United States. Similarly, the U.S. government and states have responded to high rates of obesity (almost 40% percent of adult Americans are considered obese) and the dangers of smoking (around 15% of the U.S. adult population are smokers) by implementing a variety of laws to curb unhealthy eating and limiting smoking to nonpublic places. Various agencies and company have enacted many rules and regulations to ensure that people are safe and healthy. But do they work? A recent Journal of Marketing Research article investigates how these regulations aimed at consumption can affect consumers’ reactions by considering their political ideology.

Authors Caglar Irmak, Mitchel Murdak, and Vamsi Kanuri performed four studies that show that regulations enacted by governments and companies can be counterintuitive; that is, in some situations, people react to regulations differently than expected. It is essential to consider political ideology because, typically, the sources of such regulations are government agencies, and political ideology is a vital aspect of an individual’s relationship with and understanding of the government. The authors find that political conservatives are more likely to act against the new regulations when the regulations prohibit a typical behavior, like talking on a cell phone. Conservatives are also more likely to act against a warning label when its source is a governmental agency. However, liberals did not show reactance to these types of regulations.

The authors believe that the underlying reason behind these backfire effects is psychological reactance, a perceived threat to freedom. Conservatives believe in the free market and few government regulations, so when the source of the regulation is the government, they react negatively. The “implication principle” suggests that when individuals perceive a threat to their freedom, they also identify (consciously or nonconsciously) other implied threats. So, conservatives might draw implications from the government interventions that more restrictions will follow similarly in the future. Hence, when the source is highly authoritative, consumption regulations lead to high reactance.

In contrast, political liberals believe that government regulations, even though they might restrict their freedom, can be a mechanism to protect equality and increase people’s well-being. Thus, liberals are more likely to adhere to government regulations and make trade-offs between freedom and equality when evaluating government regulations. Liberals are supporters of social and economic equality devised to improve people’s safety and health. An earlier study provides a telling example: Gromet, Kunreuther, and Larrick (2013) demonstrate that liberals are more likely than conservatives to purchase high-cost energy-efficient lamps with “Protect the Environment” stickers than conservatives.

Irmak, Murdak, and Kanuri investigate the effect of message framing on products by examining two label types (warning vs. notification) in advertisements from the Food and Drug Administration (FDA) to determine if message framing affects conservatives’ reactions to the regulations. This study suggests that if the FDA displays information on products less forcefully, conservative consumers are more likely to comply with regulations.

The origination of this idea

I asked the authors how their idea for this research emerged. Their response revealed their interesting viewpoints on public initiative effectiveness. The authors realized that public initiatives were often not as effective as intended, so they wanted to see if there were simple ways to increase regulation effectiveness and positively impact people’s lives. They also added that since the dominant political ideology of different communities is widely known, it has a distinct advantage over other individual differences that are hard to measure. Messages that consider their audiences’ political ideology should perform better than generic messages, this has become more accurate as political polarization has increased, which it has done since this research project was first started in 2012.

Some insights from their methodologies

The authors of this paper used firsthand and secondary data sets in their studies. To demonstrate both internal and external validity of the empirical research findings, they used two types of studies. They have done experimental studies to illustrate internal validity (i.e., consistently observing similar results and understanding why the effect occurs). Additionally, to demonstrate external validity (i.e., that the effect occurs in real-life situations), they leveraged field data from a telecommunications firm that one of the authors was collaborating with at the time.

Study 1 tests whether consumers’ behavior is influenced by a regulation that gives law enforcement officials the authority to issue fines. The authors used three secondary data sources: hourly website traffic data, U.S. Census data, and electoral data. They extracted the number of hourly visits for every county 31 days before the regulation and 31 days after it. They were also able learn which devices were used for each visit occurred. The authors used electoral data to understand the degree of conservatism in every county by differentiating between Donald J. Trump and Hillary R. Clinton voters. By comparing consumers’ behavior before and after regulations, they found statistically significant differences in mobile usage while driving before and after the regulation among conservatives.

Various exogenous factors could affect the traffic to the firm’s webpages. Therefore, with long windows, the risk of capturing such exogenous events and the effect of interest increases, which makes the identification of the focal effect difficult. Therefore, the authors contacted the executives at the telecommunications firm and determined that the website’s traffic could not have been impacted by any exogenous events at the firm (e.g., a promotional campaign).

The first study results were validated by a following experimental study, for which almost 200 participants were hired. The participants filled out measurements for their political ideology and the perceived threat to freedom. Some people saw a regulation from state agencies, and some others saw a regulation from a federal agency. They were asked how likely they are to text or make a phone call while driving next week after seeing a regulation.

In another study, 164 participants were informed that either “the company that makes the pizza…” or “the Food and Drug Administration (FDA), which is a government-run organization, is considering new warning labels that highlight unhealthy ingredients.” They varied these sources between subjects, and they were successful in showing that intention of purchasing unhealthy food increases among more conservative participants.

In the final study, to find the difference between negative perceptions and quitting intention of electronic cigarettes while using a warning versus a notification in message framings in an advertisement by the FDA, the authors performed a study with 200 participants. Each participant was assigned to one of the conditions (i.e., one with an ad containing “warning” and the other one with an ad containing “notification” from the FDA). After seeing each ad, participants answered questions regarding their perception and quitting intentions of electronic cigarettes.

The research findings are useful for government agencies to be more effective in their communications while informing people about new regulations. In the United States, a significant percentage of the population is conservative, so it is of paramount salience to know how to communicate. For instance, the Centers for Disease Control and Prevention launched an awareness campaign against the opioid epidemic, and the U.S. FDA has launched a campaign to reduce tobacco-related disease using “every try counts” as its slogan. The findings of this research suggest that these two regulatory agencies should keep the sources of their messages nebulous or frame their messages as notifications rather than warnings to increase their campaigns’ effectiveness. The results demonstrate that any signal related to a warning label or a government regulation might bring unexpected and unwanted responses from politically conservative consumers.

The authors further discussed the application of this research for COVID-19 regulations. They noted that reactive behavior (e.g., rallies, business openings) against COVID-19 regulations has been common in the United States. One way to decrease this behavior is to use an ambiguous source rather than a specific government source. Messages regarding proper COVID-19 actions come from various sources (e.g., influencers, celebrities, politicians, scientists), and it is clear that messages from different sources produce better results in individual states. They also mentioned that based on this research, the fact that COVID-19 strategies and their accompanying marketing/warning efforts have been primarily driven by states and municipalities rather than the federal government (e.g., the United States has no federal mask mandate) should result in less reactance and more compliance with government initiatives if done correctly. This is because each local area can present the regulations that best meet the needs and perspectives of their unique populations. Messaging can and should be different based on the dominant political ideology of the region and other dimensions (e.g., culture). Throughout 2020, several creative solutions and partnerships have been established better to match the local community (e.g., testutah.com).

Some points for future researchers

To add to this article’s insight into how to manipulate government messages’ effectiveness by changing the framing, additional research is needed to see the effect of morally matched messages from the government to conservative consumers. Conservatively identified people are receptive to messages that favor the moral values, so the question that might arise is that what if the message from the regulatory agency is in line with their moral foundations?

Furthermore, this research used a single bipolar measure of political ideology, which considers liberalism versus conservatism. However, conservatives and liberals can differ with regard to social and economic ideologies, which are important to consider. Future research could examine how conservatives versus liberals react to government regulations regarding health issues such as abortion rights and stem-cell research. 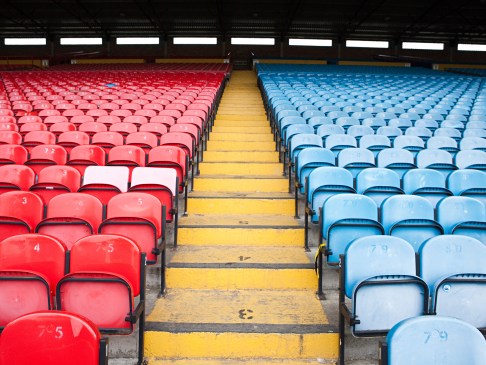 You Might Want to Sit Down for This: Modeling Consumer Seating Preferences 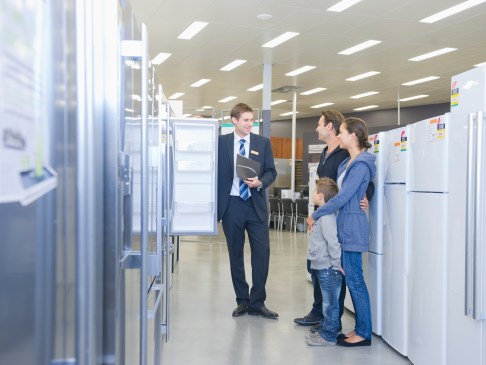 Train and Incentivize the Salesperson—or the Sales Manager? A Manufacturer’s Dilemma 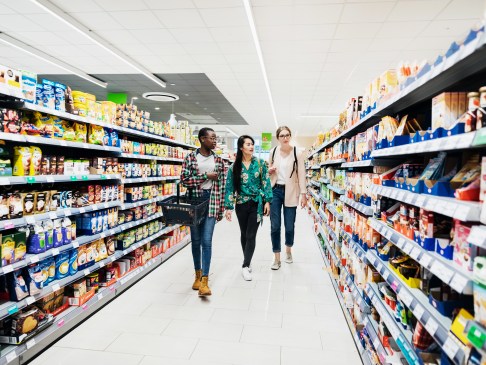 When and Why the Left-Digit Bias Works for Retailers 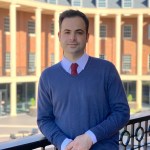 Hesam Teymouri is a doctoral student in marketing at Spears School of Business, Oklahoma State University