Consumers beware! Media outlets do not report corporate misconduct, such as environmental offences, corruption, or violations of societal standards around human rights or employee working conditions, consistently and independently. Instead, media are often influenced by their own interests, including advertising revenues paid by offending companies.

Importantly, if these media have close advertising partnerships with a company, media report significantly less often on its CSI events. In fact, the probability of reporting falls by 45% to a level as low as 9.5%.

Unfortunately, the media seem to be unaware of this distortion. Interviews with editors of leading media in Germany uncovered the view that neither advertising revenues nor the political orientation of the newspaper influenced reporting. Our large-scale study shows the opposite.

As might be expected, these reporting patterns have important economic consequences for companies. According to our study, the average financial loss on the U.S. stock exchange due to a CSI event amounts to $321 million if four or more U.S. media report on the event.

When coverage is not based on the newsworthiness of the event, but on the popularity of the brand and whether it involves a foreign company, these economic consequences are unfairly distributed. Worse yet, if news media do not cover CSI events for their advertising partners, media coverage is compromised by a conflict of interest.

The media ideally fulfill an important role in democratic societies in that they contribute to the formation of public opinions. Consumers have the right to be informed about potential firm misbehavior in a transparent and balanced manner. Our results call into question the self-proclaimed independence of the media.

Read the authors’ slides for sharing this material in your classroom

From: Samuel Stäbler and Marc Fischer, “When Does Corporate Social Irresponsibility Become News? Evidence from More than 1,000 Brand Transgressions Across Five Countries,” Journal of Marketing. 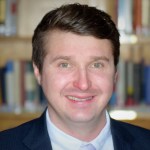 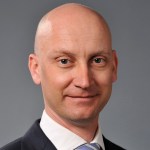