What do Threadless, an ecommerce website, and Linux, an open-source software operating system, have in common? These brands rely on a user-design philosophy to crowdsource product designs and develop software code, respectively. Similarly, Starbucks, a more traditional brand, solicits new product ideas through mystarbucksidea.com and has implemented 320 crowdsourced ideas over an eight-year period.

“Crowdsourcing,” a popular term for what is defined in the literature as “user-driven design,” is a successful innovation approach in which users create value alongside the firm. Research has found that nonparticipating users, or those who only observe and learn about a firm’s design philosophy (user-design vs. company-design), view user-design approaches as more innovative and customer-oriented, leading to positive evaluations. Other research has demonstrated that user-design approaches increase consumer identification with the firm by creating feelings of vicarious empowerment.

But are consumers universally positive about user-centered design? A new study in the Journal of Marketing explores whether consumer perceptions of user-centered design changes based on variables such as geographical location, cultural context, and political affiliation. Stated differently, will the benefits seen in employing user-design strategies in a U.S. context be just as successful when employed in high power-distance cultures such as India, Guatemala, or China? And if so, should corporations such as Starbucks be selective about when and how they communicate their use of user-designed approaches based on variations in cultural contexts?

Our research team demonstrated through both experiments and field studies that the positive observer user-design effect found in previous research is either attenuated or reversed for those who have high-power-distance beliefs via country, political orientation, individual difference, and manipulation.

We tested our hypotheses across a variety of product categories (software, furniture, T-shirts, and academic research), with an emphasis on using real data (Facebook advertising, Google Trends) and managerially relevant proxies (country and political orientation) to confirm the generalizability of the results.

From: Neeru Paharia and Vanitha Swaminathan, “Who Is Wary of User Design? The Role of Power-Distance Beliefs in Preference for User-Designed Products,” Journal of Marketing, 83 (May). 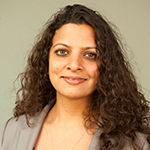 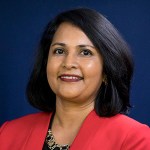 Vanitha Swaminathan is professor and Robert W. Murphy Faculty Fellow in Marketing at the University of Pittsburgh’s Katz Graduate School of Business.