Traditional newspapers were supposed to die in a world of free digital content. Instead, many are thriving by gating content behind paywalls.

Paywalls can force users to pay for access, but also impact heavy users disproportionately and harm engagement. However, they can boost print subscription sales by 1-4%.

Paywalls have complex impacts that should be modeled before they are implemented. If done successfully, however, they can increase revenues and decrease dependency on online advertising.

With the rise of free digital media and user-generated content, traditional newspapers and magazines were supposed to die. A funny thing happened on the way to extinction: Many are more alive than ever, thanks to their savvy embrace of digital channels and implementation of paywalls. The New York Times (NYT), LA Times, and Washington Post were early leaders in segmenting content for paying users, a trend now followed by the majority of newspapers.

While the move to paid content isn’t easy, it’s imperative. As multiple media sources have amply documented, online advertising, which is growing steadily, has not been a panacea for driving revenues and profitability. Industry estimates suggest that for every online advertising dollar gained, newspapers lose up to $16 in offline advertising dollars. A new study in the Journal of Marketing examines the issue of paywalls to understand how they are deployed, how they impact engagement, and what effect they have on offline (print) subscriptions.

Broadly speaking, heavy users bring in more subscription revenue while casual readers (typically a majority of traffic) bring in more advertising revenue, while also increasing the “footprint” of the newspaper. For the purpose of this study, heavy users were ones who read more than 4.4 pages a month. In terms of engagement, heavy readers respond less favorably than light readers to online gated content.

Online paywalls can spill over positively onto offline (print) readership and subscriptions in two ways. With the substitution effect, readers might view print and online versions of the NYT as substitutes, so an increase in the price of the online version can increase demand for print subscriptions. With the bundling effect, readers who subscribe to the print version are provided free access to online content. In this model, the online paywall increases the value of the print subscription.

To date, media coverage and academic researchers have shown a spotlight on the direct incremental online subscription revenue benefit, as the primary benefit of paywalls. They typically don’t examine engagement and usually ignore the spillover effects completely.

Our team compared changes in news consumption for the NYT after it implemented a paywall against those experienced by national newspapers of similar popularity (USA Today, Washington Post, Wall Street Journal, Chicago Tribune, and New York Daily News), herein referred to as the control group. For our analysis, we leveraged the synthetic control method, which permits us to statistically nullify the influence of any observed differences between the NYT and the comparison newspapers, on the estimated impact of the NYT’s paywall on its digital engagement and offline subscriptions.

There are two broad implications of our findings. First, the results suggest that the monetization of online content, especially in the form of metered paywalls, might suppress usage among loyal consumers. This can have implications for newspapers’ future growth potential. The loss of heavy users might hamper user-generated content creation, which might be detrimental to platforms that may rely on such content in the future.

Second, for media firms, a surprising and usually overlooked insight from our research is that the monetization of online content can have positive spillover effects for offline consumption. In situations where the offline channel is significantly more lucrative than its online counterpart (which is the case for newspapers and television), charging a fee for online content might arrest the erosion of offline revenues. This study provides a framework to help managers evaluate the various implications of monetizing digital content. 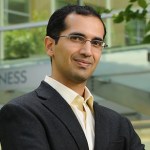 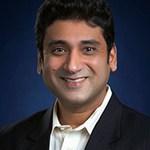