Online marketplaces have transformed global commerce, empowering startups and established enterprises to compete on equal footing. High online ratings and low prices are supposed to be the great democratizer, wooing customers to spend freely online. But is that true everywhere – or are there country-by-country nuances merchants and their marketing teams need to consider as they launch, price, and sell their goods?

In the Journal of Marketing, a new study analyzes the impact of user ratings and price on products that are distributed globally, are similar in every market, are mobile goods, and are available 24/7. Our research team chose to study mobile apps because they are a major market force: more than 100 billion apps have been sold to 750 million customers since the launch of the Apple App Store, the largest app marketplace. Paid apps now represent a cumulative revenue of $72 billion. In addition, mobile apps constituted the majority (57%) of total digital media usage in 2017.

Our study is the first to analyze the sensitivity of sales to price and user ratings across countries, including developing and developed markets. Our team analyzed the sales of the top 20 apps, including games, leisure apps, and business apps, from the Apple App Store across 276 days and 60 countries to assess how price and product rating sensitivities vary by country.

App developers make 70% of gross app revenues, with platforms such as Apple’s App Store pocketing the other 30%. Developers face significant risks taking apps to market, with the average investment per app reaching $140,000 and monthly revenue averaging $3,200 to $8,100. Developers update apps frequently, to keep user demand high, but also adjust price up and down to achieve revenue and growth goals. Similarly, companies use multiple stratagems to boost ratings.

Price, ratings valence, and ratings volume are key drivers of demand, including for apps. Price sensitivity often depends on economic factors, but may also be related to uncertainty avoidance and gender identity. Ratings volume helps drive customers’ purchase decisions because online peers are seen as more trustworthy influencers than paid spokespeople. Ratings valence (the peer-rated goodness or badness of a product) becomes important when customers want to reduce purchase uncertainty.

Our team found that customers across countries systematically differ in their reactions to price promotions and online ratings. Cultural factors such as individualism, risk aversion, masculinity, and power distance as well as socioeconomic factors such as age distribution, GDP, income equality, smartphone penetration, and educational spending help explain these differences.

Our team’s research indicates that ecommerce may be one global village, but customers’ responses to price and ratings are far from uniform. The research allows app developers and marketers of goods, which are distributed online, such as online games, to adapt their pricing strategies to a country’s specific price sensitivity. The study further demonstrates how much managers need to lower price in each country to compensate for a 1% decrease of review valence to maintain an equal level of app popularity. This research thus empowers marketers to optimize price and boost ratings country by country.

In the competitive online marketplace, this research can help make the difference between propelling an app to a high ranking and millions of dollars or languishing with a low user base and poor sales.

From: Raoul Kübler, Koen Pauwels, Gökhan Yildirim, and Thomas Fandrich, “App Popularity: Where in the World Are Consumers Most Sensitive to Price and User Ratings?” Journal of Marketing, 82 (September).

Go to the Journal of Marketing​ 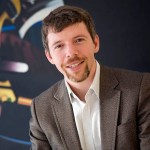