“Believe in something. Even if it means sacrificing everything. Just do it.” This was Nike’s slogan in an advertisement featuring the former quarterback, Colin Kaepernick, which provoked intense reactions from groups of people either burning their Nike products or enthusiastically praising the company. Such polarizing actions can influence consumers’ attitude toward the brand and their subsequent decision of whether to purchase Nike products. These reactions are indicative of a pervasive phenomenon in which people in a group tend to take actions that are disproportionately extreme compared to their true beliefs in order to influence the group.

Additionally, many other contexts can cause groups of people to have similar visceral reactions, such as online reviews, companies’ lobbying actions, and political campaign events. Much of this extreme polarization occurs simply because people in group settings interact with other individuals that have different beliefs. There is a broad appeal from many entities, such as companies, community groups, and the academic community, to understand and manage this aggressive polarization.

In a recently published Journal of Marketing Research article, Ganesh Iyer and Hema Yoganarasimhan propose a theory of group polarization to describe this phenomenon. The authors explain that a person in a group is often concerned with how different the group’s decision or outcome is from their own beliefs. This motivates a person to strategically influence the group toward their beliefs—perhaps by taking positions more extreme than what they actually believe—which causes the group to become more polarized.

The authors compared two specific ways people interact within groups, which can generate or reduce polarization: simultaneous versus exogenous sequential. The first type, simultaneous, is when people in a group share their opinions at the same time without observing what others are doing. In the second type, exogenous sequential, people in a group take turns sharing their opinions. Within this setting, people notice each person’s actions before making their own. Interestingly, the authors found that if the group has many different beliefs, then a sequential setting will lead to less polarization than a simultaneous setting. However, in a sequential setting, the group becomes more polarized if the more extreme person goes later in the process.

If a group has many different beliefs, a sequential setting will lead to less polarization than a simultaneous setting.

The findings from this article have many implications not only for brand strategy but also for review systems on e-commerce platforms such as Amazon or Steam. We caught up with the authors of this research to hear more about what motivated them to investigate this question and the implications of their findings.

Q: This article investigates the polarization of members of a group, where these members’ actions or opinions are more extreme than their true preferences. What inspired the scope of this research? Also, how many times did you observe this phenomenon?

A: First off, we were intrigued by the fact that this phenomenon of polarization was remarkably broad. It could be found in contexts including online reviews, brand perceptions, and corporate lobbying about ideological issues such as climate change, diversity and inclusion, gun control, and the abortion debate. We realized that in all these contexts, the emergence of group polarization was tied together by a simple yet general rationale, namely the strategic motivation of individuals to influence the group and bring the group closer to their own beliefs. This got us excited to look more closely at the phenomenon and study its consequences.

Q: How do you suspect these findings would hold (or differ) in the immediate corporate philanthropic context of corporate disaster relief or in a hyper-connected social world (i.e., metaverse)?

A: In the social world, social media environments like Twitter or Facebook are particularly susceptible to groups becoming polarized, primarily because the costs of voicing opinions that are polarizing and different from group beliefs are small. The anonymity afforded by these platforms also provides incentives for exaggerated and extreme views.

Q: To what extent do you believe prior social media posts affect people’s future behavior on social media as well as their behavior in private? Why do you think this is the case?

A: Part of the reason the phenomenon we study exists is because people react to previous posts. If I see previous posts that are divergent from my beliefs, then the social influence motive will induce me to voice opinions that are more extreme than what I truly believe in order to sway the conversation.

Q: Culture can affect groups’ and subgroups’ ways of acting and can impact strategic polarization in group interactions. How do you think your proposed model would be applied to nations that are culturally collectivist, such as those in Asia, or individualist, such as those in Western Europe?

A: This is an interesting question. Culture can certainly influence individual behavior in group settings. On the one hand, in collectivist cultures, individuals may care less about bringing the group decision/objective closer to their true preferences. This can reduce the likelihood of polarization. On the other hand, in cultures where conformity is prized, people may be more likely to voice opinions closer to the group preferences (like in the Bernheim model of conformity). This can lead to the opposite phenomenon, where the voiced opinions are more confirmatory than the true opinions of individuals, leading to a false sense of conformity.

Q: Related to the previous question, how do you think that reviews of products/services/places  from different cultures and countries would affect future behaviors and reviews?

A: In general, while we expect some level of polarization in e-commerce settings (e.g., online reviews), we expect polarization to emerge more systematically in settings where consumers have deeply held beliefs about certain topics (e.g., the role of government, women’s rights).

Go to the Journal of Marketing Research 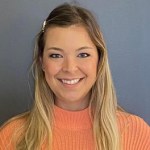 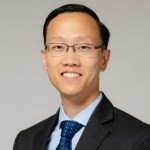 Kiwoong Yoo is a doctoral student in marketing, University of Tennessee Knoxville, USA.