Individual giving is the biggest part of giving in the U.S., making up 69% of total contributions in 2019. However, charitable organizations worldwide are challenged by the task of effectively encouraging individuals to contribute to charitable campaigns. A recent Journal of Marketing article has shown that framing charitable giving as gifts rather than donations significantly increases solicitation effectiveness.

Charitable giving is traditionally termed as “donations,” whereas an increasing number of charity organizations have recently started to semantically frame charitable giving as “gifts.” Our research team analyzed the wording of charitable appeals that appeared on the solicitation pages of the 100 largest U.S. charities. We found that donation framing as “donation” and “donations” and gift framing as “gift” and “gifts” are indeed the two most common semantic framings used by charities.

Yet charity organizations’ decision to use donation framing or gift framing appears quite random, as if the two are interchangeable. For instance, Feeding America and Food for the Poor require donors to indicate their gift amount, whereas Feed the Children and Good 360 ask donors to indicate their donation amount. Apparently, charity organizations have not fully grasped the impact of framing charitable giving as gifts or donations on the effectiveness of their solicitation campaigns.

To fill this knowledge gap, our research team investigated whether the new gift framing results in more charitable contributions than the traditional donation framing. In addition, we are interested in what the underlying mechanism is if the effect indeed exists and under which circumstances gift framing is more effective than donation framing.

For example, in our third study we collaborated with a company to organize a charitable campaign about contributing books to poor village students and we measured employees’ actual charitable contributions. Specifically, one half of employees received a solicitation email adopting gift-related words, while the other employees received a solicitation email using donation-related words. We found that the employees assigned to a gift-framed email not only were more willing to contribute, but also actually contributed more books than those assigned to a donation-framed email.

The findings of this research provide substantive practical implications to policy makers, marketers, and charity organizations by identifying a quite simple and highly actionable strategy to promote charitable giving. Charity marketers often use donation framing and gift framing interchangeably in their advertisements in an apparent underestimation of their differences. We suggest that gift framing is a more effective strategy for soliciting contributions.

In addition, charitable marketers should be aware that the effectiveness of framing charitable giving as gifts rather than donations varies across beneficiaries and donors. Based on findings of our fifth and sixth studies, marketers can benefit from framing charitable giving as gifts when soliciting contributions for general or distant beneficiaries, or from donors with a low need for status. However, this strategy may be less effective when soliciting contributions for beneficiaries who are physically or psychologically close to donors, or from donors who see social distance as desirable.

From: Phyllis Wang, Yijie Wang, and Yuwei Jiang, “Gift or Donation? Increase the Effectiveness of Charitable Solicitation through Framing Charitable Giving as Gift,” Journal of Marketing. 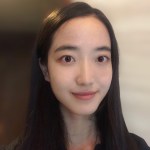 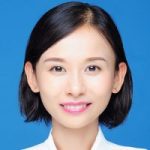 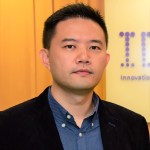