Policymakers around the world debate how commercial bodily markets (e.g., prostitution, commercial surrogacy, trade of kidneys, blood plasma, sperm, ovum, and hair) should be regulated. For example, New York state lawmakers are debating whether to decriminalize prostitution while lawmakers in the Netherlands are considering increasing restrictions on prostitution. A new Journal of Marketing study aims to understand why people object to these markets and how those objections differ for liberals and conservatives. Our research finds that both liberals and conservatives consider bodily markets to be morally wrong; however, they do so for different reasons.

Specifically, we show that liberals consider bodily markets to be wrong because they can be exploitative. That is, liberals believe that the commercialization of these markets can cause harm to vulnerable people and magnify the entrenched inequality in society. They think that bodily markets can become another means for rich buyers to exploit poor sellers, causing the latter systematic physical, psychological, and economic harm.

In contrast, we show that conservatives consider bodily markets to be wrong because they violate the sanctity of the human body. That is, conservatives believe that the commercialization of these markets places a monetary value on the human body and reduces it to any other commodity. They believe that the inherent sanctity of the divinely created human body is diminished or corrupted when it is bought or sold.

We conducted five studies to examine liberals’ and conservatives’ moral attitudes towards bodily markets and how sociopolitical leaders use the different moral objections to persuade their respective audiences. For example, we analyze church sermons to examine how pastors talk about prostitution. We find that relatively conservative pastors tend to emphasize how prostitution violates the sanctity of the human body. Contrastingly, relatively liberal pastors tend to emphasize how prostitution can lead to the exploitation of sellers.

From: Shreyans Goenka and Stijn M.J. van Osselaer, “Why is it Wrong to Sell Your Body? Understanding Liberals’ vs. Conservatives’ Moral Objections to Bodily Markets,” Journal of Marketing.

Go the Journal of Marketing 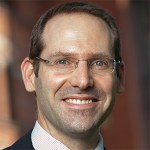 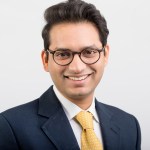