Crowdfunding offers an alternative for creators looking to raise funds for their ideas. Creators list their ideas on online crowdfunding platforms by describing their idea, setting a monetary goal for fundraising, and requesting backers to support their idea. When backers find ideas to their liking on the platform, they support them by committing funds and, in so doing, grow the community as they form co-backing relationships with other backers. Such co-backing relationships are referred to as affiliations. However, affiliations might have unexpected consequences to the success of ideas. In a new study in the Journal of Marketing, we study how affiliations among backers affect the success of crowdfunded ideas.

Our research team collected daily data about crowdfunding contributions from the largest crowdfunding platform. Using these data, we constructed the network of co-backing behavior over one month for about 2000 new ideas listed on the crowdfunding platform. We find that when backers have prior affiliations (i.e., co-backing relationships), it decreases the amount of funds raised by the crowdfunded idea. This is a surprising finding because common wisdom indicates that drumming up support among contributors by social messaging might help raise funds. However, our primary result identifies a nuance in where such support comes from. We find that crowdfunding efforts help by increasing the number of backers, but it hurts the funding outcomes when the backers have prior affiliations.

To further explore why this might be happening, we conducted three experiments using the online platform MTurk. We find that the negative effect of affiliation on crowdfunding success can be explained by vicarious moral licensing. When people see others who they affiliate with back crowdfunded ideas, they feel licensed not to do so and refrain from providing their support. Additionally, we find that such behaviors are reinforced when they see that the idea’s description and the updates provided include social pleas for support. We believe that such social language makes backers more aware of their affiliation to others in the community, with the consequence that the effect of vicarious moral licensing becomes stronger.

We also conducted several in-depth interviews of crowdfunders to gauge their motivations for participation on crowdfunding platforms. We identify affiliation as one of the key criteria during these qualitative conversations. Further, we gathered comments from crowdfunding discussion forums and analyzed the text in those conversations. The analysis reveals that backers notice and discuss social belongingness and community identify as key aspects of affiliation. These studies lend additional credibility to our research findings.

Based on our findings, we recommend that creators on crowdfunding platforms refrain from generating support from backers who are affiliated with many others on the platform. Trying to add more backers helps, but when such backers have prior affiliations, it hurts. Crowdfunding platforms should increase the number of backers and refrain from extensive social messaging because such community efforts might have a dark side effect. 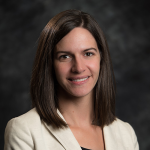 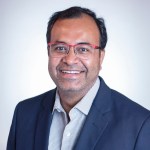 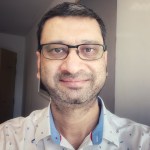