Defined by researchers as “rules and standards that are understood by members of a group, and that guide and/or constrain social behavior without the force of laws,” social norms influence various forms of everyday consumption, including food choices, responses to new products, and loyalty. For example, signs in a hotel stating that other hotel guests reuse their towels increase towel reuse. Social norms are often leveraged by marketers and policy makers to encourage various socially-approved behaviors, such as conserving energy, complying with product recalls, and making tax payments. They are also used to discourage socially-disapproved behaviors, such as polluting the environment, smoking, and excessive alcohol or drug use.

In a new Journal of Marketing study, our research team performs a meta-analysis of extant research on social norms to establish several new empirical generalizations. We specify the effects of social norms for a broad spectrum of consumer behaviors and detail how practitioners and government officials can utilize actionable moderators, such as using appropriate communication elements for certain behaviors, countries, and consumers. This should improve the success of such policies and recommendations, which has been mixed to date. We also uncover how cultural differences can determine the effects of social norms on both socially approved and disapproved behaviors.

The content of communications should feature descriptive rather than injunctive forms of social norms, (i.e., describe what (most) people actually do rather than what they should do). Further, we recommend that marketers avoid specifying explicit sanctions and rewards associated with social norms. Instead, strategies that highlight benefits to others or to consumer freedom (e.g., a communication with a postscript that says “it’s your decision”) may reduce resistance and thus be more effective at inducing the target behavior.

Practitioners might worry about highlighting a specific organization when communicating about social norms, but our results suggest that referring to a specific firm, governmental body, or NGO can make communications about social norms more influential. Social norms are also more powerful when they cite people who are perceived as close or similar to the target consumers. Thus, practitioners should target social norm communications toward nano-influencers on social media, with their smaller, closer audiences sharing similar interests. In contrast, our results indicate that references to authority figures does not enhance the influence of social norms on consumer behavior.

When communicating norms, marketers can acknowledge the monetary costs associated with the targeted behaviors. Although a financial barrier, monetary costs seem to also increase the desirability of the behavior, so social norms can be particularly effective for promoting costly behaviors like donations or buying (more expensive) organic food. Furthermore, social norms are equally effective irrespective of required effort and the time investment in complying.

From: Vladimir Melnyk, François A. Carrillat, and Valentyna Melnyk, “The Influence of Social Norms on Consumer Behavior: A Meta-Analysis,” Journal of Marketing. 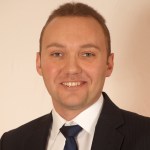 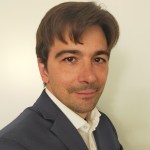 François A. Carrillat is Professor of Marketing, HEC Montréal, Canada. 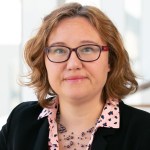