Some tax policies, often referred to as “sin taxes,” are designed with the intent to decrease consumer consumption activities that are considered undesirable for society or individuals (e.g., alcohol, tobacco, gambling, fast-food) and are passed through to consumers. As obesity continues to be a prevalent issue, cities have begun levying such taxes on sugar-sweetened beverages (such as soda) to discourage demand for these drinks, which have been identified as the single largest source of added sugar in the American diet. But how effective are efforts like the soda tax at reducing the quantity of sugar-laden drinks consumed by the public?

In response to growing interest in this question among policy makers, authors Stephen Seiler, Anna Tuchman, and Song Yao investigated the impact of a tax on sugar-sweetened beverages levied in Philadelphia, Pennsylvania. Their recent article in the Journal of Marketing Research demonstrates how the intended outcomes of so-called “sin taxes” can be circumvented by shoppers who are willing and able to stockpile these taxed goods from neighboring non-taxed regions. The authors found that, although the tax reduced the number of sugary beverages sold in the city of Philadelphia overall, more than half of this decline in sales was offset by an increase in sugary drink purchases within 6 miles outside of the city’s border where the tax was not in effect. After accounting for cross-shopping from neighboring retailers, the net sales of taxed beverages fell by only 22% (compared to the 46% decline when the analysis was limited to the taxed area only). This finding is an essential consideration for both policymakers and advocates of soda taxes.

Although the tax reduced the number of sugary beverages sold in the city of Philadelphia overall, more than half of this decline in sales was offset by an increase in sugary drink purchases within 6 miles outside of the city’s border where the tax was not in effect.

Analysis of commuter data revealed that a store’s share of commuters was predictive of the demand decrease in taxed beverages, suggesting that shoppers who commuted to a workplace less than 6 miles outside Philadelphia’s borders played a significant role in creating the cross-shopping effect. Additionally, cross-shopping outside of the taxed region was most prevalent for large drink pack sizes rather than beverages intended for immediate consumption, suggesting that consumers minimized out-of-town shopping costs by stocking up on beverages and storing them for future consumption. Finally, the authors found that demand for sugar-sweetened beverages was less impacted in lower-income areas, mainly due to the lower likelihood of vehicle ownership. The influence of transportation costs, shopping intent, and income level demonstrates how policies can result in heterogeneous effects across consumers.

Policy makers can use the insights from Seiler and colleagues to consider important questions like these during the policy design process. For example, to what extent can affected consumers engage in cross-shopping outside of the taxed region? Cross-shopping was widespread in Philadelphia given the relatively close proximity to non-taxed areas, but broadening the geographical coverage would likely reduce the proportion of cross-shoppers as the monetary savings from tax aversion are not substantial enough to warrant more significant travel costs for those not near the tax zone’s border. Cross-shopping is also less likely in more rural areas, where commuting great distances to the tax region’s border is less common. Additionally, what types of consumer products are policy makers attempting to influence? In the case of Philadelphia’s soda tax, retail products such as a pack of soda cans were more likely to be shopped for outside the city’s border than immediate consumption products like single soda cans. Therefore, future policy makers should account for both geographic and product-specific effects when evaluating optimal tax design.

For retailers, the findings of this research are quite relevant. Acknowledging the likely potential for cross-shopping across regional borders can help retailers near borders of taxed and untaxed areas anticipate and plan for inventory fluctuations, strategize pricing, and better understand shifts in product sales data.

Q: This article investigates the impacts of a soda tax on the taxed region and the surrounding untaxed areas. What inspired the scope of this research?

A: Most soda taxes are motivated by two objectives: (1) to raise municipal tax revenues and (2) to improve health outcomes by reducing the consumption of sugar-sweetened beverages. In order to assess the extent to which consumers changed their consumption, we needed to account for different channels of substitution.

We suspected that consumers might substitute soda with untaxed products like juice or water; additionally, they might try to avoid the tax by driving outside of the taxed area. We therefore decided to collect data over a sufficiently broad set of products and geographic areas to assess whether this was the case. While we predicted we would find some degree of geographic substitution, we were surprised to find that this substitution channel was more quantitatively important than expected!

Q: How do you suspect these findings would hold (or differ) in the immediate consumption contexts of restaurants and vending machines?

A: Cross-shopping (i.e., driving outside of the city) is probably less likely in the context of restaurants, and therefore demand for soda in those channels will likely be less impacted by  the tax.

Q: One of the conclusions from your research is that broadening the geographic coverage of the tax will increase tax revenue due to a lower likelihood of cross-shopping. How do you think your proposed model would be applied to nations that have many neighbors such as Belgium or Switzerland or other countries in Europe?

A: Cross-shopping is a matter of degree. Whenever an untaxed area is nearby, we expect to see this type of behavior to some extent. However, the monetary savings in solely the category of sugary drinks is probably not large enough to warrant large travel costs. We therefore believe that a tax at the level of a US state or a medium-sized European country will suffer less from this phenomenon, except those areas right around the borders. In particular, if the boundary of the taxed zone falls in a more rural area, then few people will live close enough to the border to find it worthwhile to cross-shop.

Q: Many children consume high-caloric and high-sugar meals for breakfast (e.g., cereals, Pop-Tarts, yogurt, waffles). Compared to soda, these breakfast meals are considered part of a very important meal of the day. How do you think that potential taxes on these breakfast meals would impact consumers’ purchase quantity and nutritional intake? Would you anticipate the same effects of the soda tax?

A: Breakfast foods should, in principle, be subject to the same underlying forces that we documented for soda. When a tax is imposed, consumers have the option of (1) continuing to buy at a higher price, (2) incurring some travel costs in order to purchase the same product at a lower price outside the taxed zone, (3) substituting to an untaxed product at a local store, or (4) forgoing consumption altogether. Without having analyzed data on this product category, we can’t make a clear prediction as to which of these choices would be most prevalent.

Q: The COVID-19 pandemic seems to have shifted consumer’s attitudes and behaviors. Do you think your findings would be similar if you ran these same studies today?

A: There might be less cross-shopping because consumers may try to cut down travel to reduce COVID-19 exposures. Furthermore, correlations between cross-shopping and commute patterns suggest that some cross-shopping occurs when Philadelphia residents commute to work outside the city. With more people working from home, the transit cost of purchasing outside the city might be higher. Another relevant factor is the increased prevalence of online shopping that might affect consumers’ reaction to the tax, because while the soda tax is clearly labeled at brick-and-mortar stores, it may be less obvious at online channels.

Q: What research questions would you encourage other scholars to explore, given the findings from your article?

A: Our paper focuses on analyzing store-level data. We looked into analyzing household-level data as well, but the sample of households we observed was too small and left our analyses under-powered. With data on a large set of households, researchers could more directly explore what type of consumers are more responsive to the tax or more likely to engage in cross-shopping (patterns by income and obesity might be particularly interesting). Furthermore, soda is often used as a loss-leader category by retailers. It may be interesting to investigate whether the soda tax affects the sales of other categories as well. 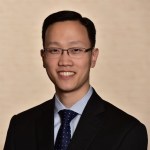 Kiwoong Yoo is a doctoral student in marketing, Haslam College of Business, University of Tennessee Knoxville. 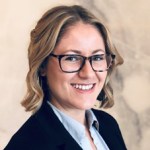 Melissa Baucum is a doctoral student in marketing, Haslam College of Business, University of Tennessee Knoxville.