An increasingly prevalent strategy in social media marketing is to partner with micro influencers, who share brand-related content through their posts, thereby generating customer engagement for the brand. Micro influencers have between 1,000 and 100,000 followers and a niche branding of their own. Due to their lower per-post pricing (compared to celebrity influencers), and their ability to impact the attitudes and behaviors of targeted users, micro-influencers have become appealing candidates for brand partnerships.

Given the large assortment of influencers to choose from, marketers sometimes base their brand partnership decisions on the number of followers an influencer has garnered. While the number of followers is indicative of the influencer’s reach, it may not translate into higher user engagement in the form of likes, comments, and reposts. As such, marketers today face a major challenge: determining which micro influencer will deliver the best bang for the buck in terms of user engagement.

Enter new research by Francesca Valsesia, Davide Proserpio, and Joseph Nunes in the Journal of Marketing Research. Their study highlights the impact of an inconspicuous yet fascinating characteristic of micro influencers: the number of people they follow. One might expect that following other users represents an excellent means of accumulating information, enabling the influencer to generate better content. However, are social media users more likely to engage with follow-happy influencers? This research answered with a resounding NO! Through rigorous analysis of Twitter data followed by four lab-based experiments, the authors showed that social media users are more likely to engage with influencers who follow few others.

A deep dive into the phenomenon

With this perspective in mind, the authors began their investigation by analyzing more than 400,000 tweets—and found that following fewer others was associated with receiving a greater number of likes and retweets. They then conducted a series of experiments to explore the underlying mechanism. The authors found that following fewer others signals independence, inspiration, and the absence of the need for reliance on others – in other words, it suggested the influencer’s autonomy. Autonomy, in turn, signaled the perception of ‘being more influential’, thereby driving greater user engagement on the influencer’s posts.

Q: This article examines a novel factor that may be used to determine an influencer’s autonomy and influence—the number of people one follows on social media. You find that when influencers follow few other people, they are seen as more autonomous and more influential, which in turn drives engagement. What inspired this research idea?

A: The authors revealed that they were initially discussing influencers’ strategies for accumulating followers, such as following individuals with the hope of being followed back. One of the authors had a firsthand experience with a “wannabe influencer” who paid their assistant to periodically unfollow individuals. Intrigued by this information, the authors closely examined the profiles of top influencers, finding one common link: many of them followed few other people, as if it were a “badge of honor.” This spurred a more thorough investigation on users’ perceptions of influencers who follow few others.

Q: In Study 1, real-world data analysis provides correlational evidence of the main effect. Studies 2–5 test your theoretical model in controlled lab experiments. How did you decide to use this particular combination of methodologies?

A: The authors knew that social media data would be crucial to their investigation of social media behavior. Using Twitter’s publicly available application programming interface (API), the authors collected data that provided compelling support for their central idea: that users would engage more with influencers who followed few others (all else being equal). However, the authors realized that observational data would only take them so far. To supplement their Twitter study, the authors conducted a series of controlled lab experiments, which provided causal evidence for the main effect and allowed them to explore mechanisms that might explain why users engage more with influencers who follow few others. These experiments also allowed them to generalize their findings to other social media platforms (e.g., Instagram), and identify a key boundary condition: the availability of other cues. If other cues of influence are available, users no longer rely on heuristic processing, thus attenuating the impact of following few others.

Q:  In the course of conducting this research, was there anything you found particularly interesting or surprising?

Q:  Do you think the effects you identified would hold over time? For example, if followers notice that influencers never respond or follow back, might they become demotivated to engage with the influencer any further? Or would you expect engagement to persist?

A: While this article examines followers’ reactions at one point in time, it is still unknown how an influencer’s engagement rates might change over time. For example, some followers might become discouraged if a micro influencer never acknowledges their comments. In addition, while autonomy is perceived positively in western societies, the authentic and aspirational posts made by individuals in the limelight sometimes can be perceived as extravagant and inaccessible. In our interview, the authors pointed to a controversy in which Chrissy Teigen’s tweet about having purchased a $13,000 bottle of wine sparked follower backlash. While Chrissy’s tweet might have been authentic, its content smacked of insensitivity to others’ potentially quite different financial circumstances. In this sense, following fewer others probably will not protect micro influencers from the ill effects of social media missteps.

Q:  How would you recommend business managers and influencers implement your findings?

A: Oftentimes, selecting the “right” influencer is the biggest challenge in working with influencers online. The authors contend that when evaluating micro-influencers for potential partnerships, marketers should consider the number of users these influencers are following. Having many sources can signal an influencer’s willingness to seek out diverse options, and having fewer sources can signal independence, inspiration, and potentially greater influence.

Q:  This seems to be a nascent and promising field of study. Can you share some of the key challenges you faced while developing this research and some advice that you would like to give new scholars entering this area of research?

A: The study on opinion leaders has been ongoing since the 1950s, thus making it challenging to provide novel contributions. However, the implications of this literature in social media seeding strategies are still nascent, and more generally, there are plenty of questions related to social media marketing that deserve scholarly attention. For example: how should social media users decide whom to follow; what does the follower list signal about the user; and how will new technologies evolve the way individuals interact with one other? Simply put, the authors say, “Ask yourself why you do what you do on social media. If you cannot answer, or come up with more than one answer, it might be an interesting question to study.” 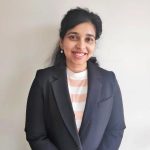 Divya Anand is a doctoral candidate in Marketing at the University of Missouri, Columbia. 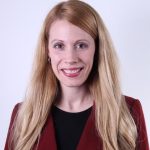 Lennay Chapman is a doctoral candidate in Marketing at Baruch College.