Listen to the authors present their findings (source: April 2021 JM Webinar for Scholars)

From developing vaccines to nudging people to eat less, scholars conduct research that could change the world, but most of their ideas either are misinterpreted by the public or never escape the ivory tower.

Why does most academic research fail to make an impact? A new study in the Journal of Marketing suggests that ideas in scholarly research get lost in an attic of abstract, technical, and passive prose. Instead of describing “spilled coffee” and “one-star Yelp reviews,” scholars discuss “expectation-disconfirmation” and “post-purchase behavior.” Instead of writing “policies that let firms do what they want have increased the gap between the rich and the poor,” scholars write sentences like, “The rationalization of free-market capitalism has been resultant in the exacerbation of inequality.” Instead of stating, “We studied how liberal and conservative consumers respond when brands post polarizing messages on social media,” they write, “The interactive effects of ideological orientation and corporate sociopolitical activism on owned media engagement were studied.”

Why is writing like this unclear? Because it is too abstract, technical, and passive. Scholars need abstraction to describe theory. Thus, they write about “sociopolitical activism” rather than Starbucks posting a “Black Lives Matter” meme on Facebook. They are familiar with technical terms, such as “ideological orientation,” and they rely on them rather than using more colloquial terms such as “liberal or conservative.” Scholars also want to sound objective, which lulls them into the passive voice (e.g., the effects… were studied) rather than active writing (e.g., “we studied the effects…”). Scholars need to use some abstract, technical, and passive writing. The problem is that they tend to overuse these practices without realizing it.

When writing is abstract, technical, and passive, readers struggle to understand it. In one of our experiments, our research team asked 255 marketing professors to read the first page of research papers published in the Journal of Marketing (JM), Journal of Marketing Research (JMR), and Journal of Consumer Research (JCR). The professors understood less of the papers that used more abstract, technical, and passive writing compared to those that relied on concrete, non-technical, and active writing.

When readers do not understand an article, they are unlikely to read it, much less absorb it and be influenced by its ideas. We saw this when we analyzed the text of 1640 articles published in JM, JMR, and JCR between 2000 and 2010. We discovered that articles that relied more on abstract, technical, and passive writing accumulated fewer citations on both Google Scholar and the Web of Science. An otherwise average JM article that scored one standard deviation lower (clearer) on our measures of abstract, technical, and passive writing accumulated approximately 157 more Google Scholar citations as of May 2020 than a JM article with average writing.

Why do scholars write unclearly? We identify an unlikely culprit: knowledge. Conducting good research requires authors to know a lot about their work. It takes years to create research that meaningfully advances scientific knowledge. Consequently, academic articles are written by authors who are intimately familiar with their topics, methods, and results. Authors, however, often forget or simply do not realize that potential readers (e.g., PhD students, scholars in other sub-disciplines, practicing professionals, etc.) are less familiar with the intricacies of the research, a phenomenon called the curse of knowledge.

To make a greater impact, scholars need to overcome the curse of knowledge so they can package their ideas with concrete, technical, and active writing. Clear writing gives ideas the wings needed to escape the attics, towers, and increasingly narrow halls of their academic niches so that they can reduce infection, curb obesity, or otherwise make the world a better place. 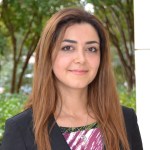 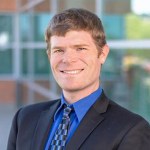 Matthew Farmer is a PhD Student of Marketing, University of Arizona, USA. 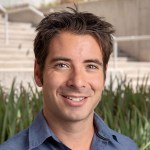