The U.S. is among the ten most stressed nations in the world. One profession particularly affected by stress is sales. A new Journal of Marketing study reveals that one reason for such stress is the compensation plan under which salespeople operate.

We conducted four studies in this respect. In our first study, we examined a business that reduced the variable share in salespeople’s compensation plan from 80% to 20%. After reducing the share, salespeople’s sales performance decreased, but interestingly, the number of days salespeople fell sick also decreased, by approximately 30%. Thus, when receiving a higher fixed salary, salespeople worked less hard, but gained health in return.

In our second and third studies, we surveyed salespeople from various companies and industries to better understand the relationship between variable compensation, performance, and health. We found that variable compensation shares lead salespeople to experience increasing stress and burnout, particularly if these shares are relatively high (> 30%). However, these experiences strongly depend on the individual salesperson’s ability and social resources. First, high ability reduces the uncertainty regarding which compensation the salesperson achieves. Second, salespeople who have social resources in the form of a good relationship with their leaders and teams can cope better with the pressure from variable compensation. Thus, these salespeople experience less stress and burnout (by approximately 15%).

Based on our findings, we recommend that companies that incentivize their sales teams through variable compensation shares strive to mitigate the potential health problems those incentives create.
First, if a company’s variable compensation share is high, managers should carefully screen salespeople and sales supervisors before hiring them. Specifically, when hiring salespeople, managers should determine their ability and social resources that will enable them to cope with the stress from variable compensation plans. For example, while interviewing salespeople and reviewing references, managers might probe the stability of their past performance, their experience, and their tendency to build relationships with leaders and peers. If these resources are lacking or unobservable (e.g., for first-time employees), managers might screen for other stress-related resources, such as strong personal resilience or social networks. When hiring sales supervisors, managers also should screen for these applicants’ ability to help salespeople cope with stress and the ability to build strong relationships with and among team members.

Second, managers should help salespeople build their job-related resources. For example, by encouraging salespeople to manage their sales pipeline in a way that secures a steady stream of sales, managers can help them reduce compensation uncertainty and thus stress. Regarding social resources, companies should train supervisors to adopt leadership techniques related to relationship and community building. Relatedly, companies could encourage supportive networks among salespeople, such as through team-building events.

Fourth, companies concerned with their salespeople’s stress and health should sensitize their managers to the health-harming effects of their compensation decisions. Raising awareness of these effects may encourage managers to design more sustainable compensation plans. In this sense, our study may help companies and managers set variable compensation shares that effectively balance economic interests with employees’ health. 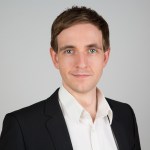 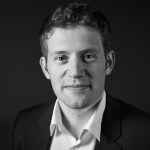 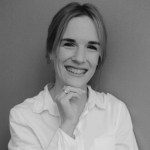 Kim Linsenmayer is a Research Associate, University of Bochum, Germany.