According to a recent report by the National Academies of Science, Engineering and Medicine (2020), each year in the U.S. farmers throw away up to 30% of their crops, equal to 66.5 million tons of edible produce, due to cosmetic imperfections. Such food waste has detrimental consequences for the environment: 96% of wasted food is left to decompose in landfills, releasing methane and contributing to climate change. Additionally, 1.4 billion hectares of land and 25% of the world’s fresh water are used to grow produce that will be later thrown away. To address this issue, French retailer Intermarché in 2014 launched an advertising campaign using the word “ugly” to describe unattractive produce, which attracted a lot of media attention. Subsequent campaigns by other retailers have used more understated labels such as ‘Imperfect Produce’ or ‘Produce with Personality.’ Many retailers do not label unattractive produce in any specific way.

1. Why do consumers reject unattractive produce?

2. Does ‘ugly’ labeling increase the purchase of unattractive produce and, if so, why does it work?

Importantly, our findings largely contrast with managers’ beliefs. While grocery store managers believed in either not labeling unattractive produce in any specific way or using ‘imperfect’ labeling, we show that ‘ugly’ labeling is far more effective. Given retailers’ participation in the U.S. Food and Waste 2030 Champions Initiative—with an objective of cutting food waste in half by 2030 (Redman 2018)—we urge retailers and sellers to use ‘ugly’ labeling to sell unattractive produce.

From: Siddhanth (Sid) Mookerjee, Yann Cornil, and JoAndrea Hoegg, “From Waste to Taste: How “Ugly” Labels Can Increase Purchase of Unattractive Produce,” Journal of Marketing. 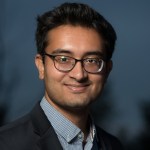 Sid Mookerjee is a Ph.D. Student in Marketing, University of British Columbia, Canada. 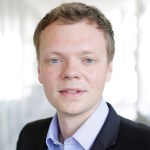 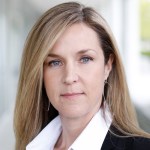