To understand the relationship between DTC advertisement of ED drugs on population birth rates, Kim and KC (2020) used a quasi-experimental approach by examining birth rates around boundaries of local television advertising. The authors combined birth data from several sources: inpatient data from the 2001–2010 Massachusetts hospital birth data and micro birth-certificate data from the United States between 2000 and 2004. Then, they matched birth data with monthly ED drug television advertising data from Kantar Media to build the data set that they needed to answer their research question. Using these data, the authors sought to understand whether higher ED advertisement exposure would lead to higher birth rates in two adjacent zip codes that were similar in all aspects except the level of erectile function drug advertising exposure.

Kim and KC found that zip codes with more ED drug ads had higher birth rates 10 months after the advertising was screened. In a separate analysis of 15 million U.S. birth certificate records between 2000 and 2004, the authors found similar results with elasticities of .04–.08. An elasticity of .07 suggests that a 1% increase in advertising (i.e., an additional advertising spending of $.173 per 1,000 capita) results in approximately 1,211 more births in the United States.

The authors believe that the increased birth rate after exposure to Viagra ads might happen due to the suggestive content of ED TV ads. To provide evidence for this assertion, Kim and KC conducted a study using Google Trends data. The authors searched for keywords related to Viagra advertising and getting pregnant in the United States. The authors expected a correlation between the number of searches for ED drug advertisements and population-level interest in getting pregnant. Google Trends data analysis indicated that higher ED drug advertising was indeed associated with higher pregnancy-intent keyword searches. This finding supports the idea that ED drug advertisements increase consumers’ motivations to have more children.

Surprisingly, Kim and KC (2020) found a stronger effect of exposure to ED drug advertisements on birth rates in regions with lower incomes. If the effect of advertisement on birth rates comes strictly through the consumption of ED drugs, one would expect the opposite outcome because ED drugs are costly and typically not covered by insurance in the United States. This unexpected finding suggests that ED drug advertising may drive births without the actual drug consumption and this effect can be attributed to the effect of media. Future research can shed more light on this finding.

Direct-to-consumer advertising has become a popular promotional tool for marketers in the United States, although the FDA regulates some categories. FDA regulations mostly focus on assessing the benefits and risks of the drug to the consumer. While consumption of an advertised drug has direct risks and benefits to the consumer, Kim and KC (2020) show that merely watching a DTC advertisement can also influence consumers’ health outcomes (e.g., birth rate)., providing evidence that exposure to Viagra advertisements leads to higher birth rates; especially for people with lower income and bigger families.

Highlights from the Article 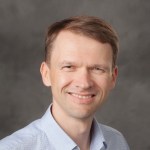 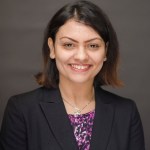