Collective layoffs—the simultaneous termination of the labor contracts of a large group of workers—are quite common in many Western societies. In Europe alone, the 556 collective layoffs announced between December 2018 and November 2019 across different industries involved more than 250,000 employees. In addition to the societal implications, collective layoff decisions have an immense impact on the firms that initiate them.

The termination of employment, particularly of large numbers of people, typically evokes negative connotations. It is, therefore, reasonable to expect that layoff announcements should have negative, rather than positive, effects on the layoff firm. We explore whether negative effects are universally present and the magnitude of such effects.

From a broad perspective, collective layoffs might be seen as a specific type of firm crisis. Other types of firm crises are product-harm, violations of ethical or moral norms such as sweat-shop operations, or negative news about celebrities who have endorsed a brand. However, collective layoffs have several unique characteristics and thus the commercial consequences of such layoffs warrant specific consideration. For example, while firms do not purposefully initiate most types of brand crises, they do initiate collective layoffs and thus have some level of control over timing, location, and communication. Such control may help the firm to ex-ante contain the potentially adverse outcomes of the layoffs. Moreover, a collective layoff announcement does not directly reflect on the quality of the firm’s products, as with a product-harm crisis. However, the merit of the firm’s prior actions, or its prospects, may be called into question.

We focus on the automotive industry across nine major automotive markets (Austria, Canada, France, Germany, Italy, Japan, Spain, the U.K., and the U.S.) and study 205 collective-layoff announcements of 20 major brands between 2000-2015, which led to the termination of the labor contracts of more than 300,000 employees. Our model specification enables us to estimate the advertising effectiveness and price sensitivity of every affected brand over time and across countries.

Our data enable us to explore the differences in the commercial consequences of collective layoffs across characteristics of the layoff announcements. We identified three typical information components in an announcement:

Our findings are relevant to marketing managers in firms that plan to announce collective layoffs. First, our findings regarding the commercially adverse effects of collective layoffs suggest that marketing managers should claim a place in the taskforces that manage such layoffs, alongside functional representatives of other areas such as finance and operations, to reflect the potential adverse demand-side consequences perspective of the layoffs in layoff discussions. Second, given the adverse effects we find for advertising effectiveness, we recommend that marketers in a layoff country allocate attention to their advertising response. We show that firms typically spend less on advertising following a layoff announcement than what they would have spent absent the announcement. As a result, the adverse effects of collective layoffs on sales in the layoff country loom larger, not only because of lower advertising elasticity, but also because of lower advertising spending. An alternative response could be to increase advertising spending to compensate for the decreased effectiveness and to consider such higher ad spending in the layoff country as a restructuring cost.

From: Vardit Landsman and Stefan Stremersch, “The Commercial Consequences of Collective Layoffs: Close the Plant, Lose the Brand?” Journal of Marketing.

Go the Journal of Marketing 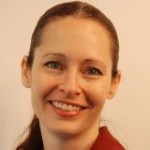