No one disputes that Twitter played a major role in the 2016 U.S. presidential election. In fact, New Yorker writer Nathan Heller called the campaign the country’s first “Twitter election”—one in which the battle for the “Twittersphere” loomed almost as large as the election itself. What can marketers, communicators, as well as politicians, learn from this experience?

There is growing evidence that microblogging (such as on Twitter) about political topics often serves to activate the political identities of consumers, and these identities play an important role in influencing a wide range of consumer consumption behaviors. If we learn to understand what types of messages are most popular during real time events and what process leads to their diffusion, we can potentially activate more meaningful interactions among the audience during a real-time event. This knowledge not only is relevant to the political context but has implications for marketers that extend beyond debates and elections.

In our article to be published in Journal of Marketing Research in December, we investigated this phenomenon using a battery of automated natural-language processing tools and found there are multiple forces in play, some structural, some psychological.

We obtained data from over 9.5 million tweets posted during and shortly after four key debates leading up to the 2016 presidential election. We then analyzed how tweeting evolves over time during such events.

First, the “recipe” for designing widely shareable tweets critically depends on timing. During debates—when the competition for tweets was most intense and viewer attention most divided between the live event and Twitter feeds—Twitter acted much like a play-by-play news medium, with users acting as narrators. Here, the tweets created and most shared tended to be shorter, descriptive accounts that referenced the discussions unfolding onscreen. The play-by-play, however, was a noisy one; as the debates progressed, the content of the Twittersphere became increasingly decoupled from the live event, such that, at times, it was more a topical free-for-all that competed for attention from the event rather than complementing it.

Second, these drivers changed dramatically once the debates were over. In the immediate wake of the debates, when feeds were no longer competing with the debate itself for attention, Twitter acted more like an interpretative medium in which the tweets that were created and most often shared were those that discussed events in greater detail, used words suggestive of a focus on overall success or achievement, and included emotional language and visually rich content. We also observed a surprising shift in the substance of what is discussed. The 2016 debates were each marked by a series of particularly contentious exchanges involving Donald Trump, and it was these exchanges—not the positions on policy widely tweeted about during the debate—that were the greater focus once the debates were over. One implication is that rather than serving to heighten viewers’ focus on the views being expressed by candidates, Twitter may, more often, act as a distractor.

We also found that these time effects are not limited to debates for presidential election; we observed similar dynamics in our analysis of Barack Obama’s last State-of-the-Union Address.

Ron Berman, Shiri Melumad, Colman Humphrey, and Robert Meyer (2019), “A Tale of Two Twitterspheres: Political Microblogging During and After the 2016 Primary and Presidential Debate,” Journal of Marketing Research, 56 (6), forthcoming.

Ron Berman is Assistant Professor of Marketing, The Wharton School, University of Pennsylvania

Shiri Melumad is Assistant Professor of Marketing, The Wharton School, University of Pennsylvania 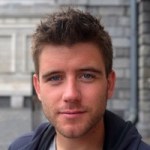