These days, an increasing proportion of consumers shop both online and offline. For example, Black Friday, previously the standalone “biggest shopping day of the year,” is increasingly sharing sales with its online counterpart, Cyber Monday. Marketing practitioners often claim that “multichannel marketing is a perfect storm of synergies” (Beck 2013), and firms believe that online and offline channels complement each other. However, academic research has found little support for this claim.

How to Bridge the Gap Between Industry Beliefs and Academic Findings

The authors of an article published in the Journal of Marketing Research​ investigate the disparity between the claims made by the industries and the findings from prior studies. One possibility is that the practitioners are wrong—they misinterpret demand shocks that hit both online and offline channels as evidence of complementarity. Another possibility is that the academics are wrong—they do not capture the relevant attributes of complementarity properly.

The authors look within a single firm and provide evidence of both substitution and complementarity. They use data from July 2010 to June 2012 on purchases by 42,000 customers of three bricks-and-clicks retailers owned by the same firm. On average, they find that when a store opens offline, online sales increase marginally. However, when the locations are separated on the basis of prior brand presence, data reveals that where the brand had a presence before a store opened nearby, the opening of an offline store is associated with a decrease in local online sales and browsing. Conversely, in locations where the brand did not have a strong prior presence, the opening of an offline store is associated with an increase in online sales and browsing.

The Roles of Online and Offline Stores

The role of physical stores in enhancing brand image is well-established in the ethnographic marketing literature and in the popular press. Kozinets et al. (2002, p. 17) discuss the role of flagship retail stores that are “operated with the intention of building or reinforcing the impact of the brand rather than operating to sell product at a profit.” Walter Isaacson (2011), in his biography of Steve Jobs, emphasizes the brand-building role of the Apple Stores. Similarly, when Microsoft stores started opening, the press often emphasized that the stores were showrooms (e.g., Manjoo 2012). In this study, the authors argue that local offline stores help create brand awareness and, consequently, help acquire new customers from the area. The newly acquired customers then buy more both online and offline.

Understanding the Mechanism: A Marketing Communications Role for the Offline Store

The authors also explore the reasons why online sales might increase in response to an offline store opening. They provide four types of evidence to support a straight awareness-driven billboard effect, rather than a living billboard that is complementary to existing brand equity.

Therefore, the authors argue that the marketing communication impact of the offline store identified in areas without a brand presence is more likely to be information about the existence of the brand in general rather than information about product attributes.

How Can Firms Better Leverage the Influence of Offline Stores?

Findings from this study suggest that when viewed as retail channels, online and offline are likely substitutes; however, the complementarities between online and offline channels are created through informative marketing communications generated by the mere presence of offline stores. (This hypothesized mechanism is different from the “mere exposure effect,” in which familiarity generates fluency [e.g., Fang, Singh, and Ahluwalia 2007]. The authors emphasize informative, rather than persuasive, marketing communications.) The evidence is consistent with the store serving as a billboard that provides information about the existence of the brand being the most likely marketing communications role of the offline stores in this setting.

Therefore, when choose a location for offline stores, firms should pay more attention to “remote” areas where there are potential customers but products are not yet selling well. Opening stores in these areas can yield an extra boost to both online and offline sales by enhancing brand awareness. 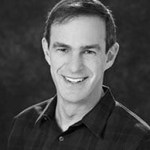