The average American has at least 50 unused items in their home, including clothing, electronics, and toys. Struggling to part with unused possessions is a very real problem for many Americans, as evidenced by the increasing number of books, blog posts, and magazine articles devoted to helping people declutter. But these unused items sitting in closets or storage units could be valuable to the second-hand goods market – benefiting non-profit organizations as well as their customers or donor recipients.

The authors of recent research published in the Journal of Marketing were interested in understanding why it’s so hard for consumers to part with possessions they are no longer using. When people struggle to part with a special outfit that no longer fits but that was associated with a first date or successful job interview, the research reveals that people don’t want to lose the associated memory and the identity that those memories represent. When people give up the special outfit, it would feel like giving up a piece of who they are, as they let go of that younger, more carefree, or more professional identity when making the donation.

In initial studies conducted online and in a consumer behavior laboratory setting, consumers reported that they would experience less identity loss from donating a good with sentimental value if they first took an action designed to preserve the memory of the good. In these studies, consumers chose how they would do this – by far, the most popular method was taking a photograph of the good (62%), although other techniques mentioned included writing a note/journal entry about the good (13%) or use some other tactic such as creating a scrapbook page about it (22%). Given how easy it is to take digital pictures with smart phones, this method of memory preservation can be easily implemented by non-profit marketers and consumers alike.

As follow-up, two large-scale field studies in Pennsylvania State University residence halls offered a much clearer understanding of how this would actually help drive increased donations. The researchers placed signs for an end-of-school year donation drive in co-ed residence halls housing over 800 students suggesting that students take photos of sentimental items they no longer used before donating them rather than just asking students to donate; there was a 35% increase in total donations. A similar study was conducted at the end of the fall semester in all-female residence halls housing 797 students. Though less than half of the students were moving out, the campaign suggesting photographing of sentimental items prior to donation still garnered 15% more donations than those just suggesting donation of sentimental items. Simply suggesting that consumers take a photo before donating items with sentimental value increased overall donations significantly!

In a separate field study, adult donors dropping off items at a local St. Vincent de Paul thrift store were asked to identify whether any of the items they were donating had sentimental value. About half of these donors were then given a picture of the good they were donating. Afterwards, all the donors were asked about how much they felt like they had lost a piece of themselves when donating their item with sentimental value. Those who got a picture of their item reported significantly less identity loss, suggesting that the simple act of taking a photo truly did reduce their sense of loss when making a donation. Taken together, the results of nine studies suggest that the simple act of photo taking really can help consumers donate their sentimental clutter.

How can non-profits increase donations of used goods?

Many non-profits depend on the receipt of used goods to execute their charitable missions (e.g., Goodwill) and some rely on clothing that is likely to have some sentimental value such as prom dresses (Becca’s Closet) or other professional clothing (Dress for Success). Based on the results of two field studies that posted donation drive flyers viewable by over 1600 residents, the easiest tactic for non-profit marketers may be to adapt their promotional campaigns to suggest donors take photos of sentimental items before considering what they may want to donate. Once potential donors have gathered their unused items and taken a photo that can preserve their memories and identities associated with the item, they’re more likely to pack them up for donation. Of course, not all consumers may actually make the effort to take the photo. However, we suspect that this may not substantially limit the effectiveness of such a campaign, because just the thought of photographing sentimental items helps consumers recognize they are hesitant to part with the items due to the memories rather than because of the items themselves, increasing their likelihood of donating sentimental items.

Another option for non-profits to consider would be a photo donation drive where volunteers take pictures of the sentimental items when donors are dropping them off at the non-profit. Though this approach targets donors who have already decided to part with their items, the photo may reduce any negative feelings associated with the donation and make it more likely donors will return to donate more items, including those of sentimental value, potentially building more positive long-term relationships with donors and creating donor “loyalty.”

Managers of non-profits seeking category-specific donations could also consider implementing tactics to reinforce consumers’ past identities or highlight current identities to minimize the loss consumers may otherwise feel when considering donation of certain sentimental items. For example, when a new retirement community hosts an open house and discusses downsizing, they could show empty nesters enjoying travel and the simplicity of a downsized home to make it easier for these potential buyers to part with items they are saving in their home from a prior life stage when raising children. Additionally, a college or sports team could host a fan rally to reinforce the fan’s identity while gathering donations of memorabilia from these fans.

This finding can also be useful to those in the booming industry of home organization. Home organizers and professional “declutterers” can encourage clients to use memory preservation such as photo-taking when helping clients rid their homes of unused items for better organization.

What are the drawbacks of photo taking?

One key concern may be that not all non-profits that accept second-hand goods are in need of more used good donations. Some may already have more donations than they can manage or at least have an excess supply of lower-quality donations without the supply of high-quality items they need. Implementing photo taking may certainly increase donations of some well-loved and tattered items that are not particularly useful. However, many sentimental items may also be of higher quality due to careful preservation and/or from higher-value categories such that increasing donation of these items would be more beneficial. Ideally, a non-profit organization suggesting photo taking would be prepared to deal with a potential influx of donations and have processes in place to recycle tattered clothing and stuffed animals while using the higher-quality donations to increase thrift store sales or benefit donation recipients.

Sometimes the solution to a complicated problem can be simple.  Taking photos or writing a note about a sentimental good can help people reduce clutter in their homes and help nonprofits spur used good donations, and there appear to be few to any downsides to it.  So, get out that camera! 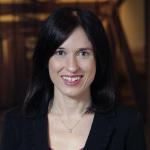