Marketers: Stay up to date with the latest in data and insights

The data and insights industry is constantly evolving, whether through fast-changing technology, understanding of consumer psychology or the impact of legislation. With so much going on, marketers can struggle to keep track of developments that are likely to impact their work. So what do marketers need to know?

The data and insights industry is part innovator and part magpie, constantly adopting technology to transform data collection and analysis.

One example is programmatic, which has revolutionized the way digital advertising is bought and sold, as well as changed the buying and selling of research samples.

Traditionally, a market research agency or brand would go to a panel provider to buy samples for interviews. This sample might come from the provider’s propriety panel, but often it would be made up of a mixture of samples from numerous providers, with a variable mix of quality standards. However, taking inspiration from the marketing industry, some companies are providing programmatic samples using automated technologies and filters. This allows the buyer to work with one platform to access multiple suppliers, improving speed, consistency and transparency at a lower cost.

This doesn’t mean that traditional panel providers are obsolete. Programmatic is ideal for tactical projects that require quick turnaround. But the expertise of a recognized panel provider is necessary for in-depth projects or niche, hard-to-reach or B2B audiences where a proprietary managed panel is more appropriate.

It has recently come to light that Facebook paid human contractors to transcribe customers’ Facebook Messenger calls. This may not be surprising; there have been plenty of conspiracy theories about Facebook listening to calls and adjusting advertising to fit. Alas, those theories are now based on fact. Add the $5 billion fine the Federal Trade Commission imposed on the company earlier in the year and you’d be forgiven for thinking that Facebook’s days are numbered. So why did Facebook stock improve the day after news broke of the largest-ever FTC fine?

Facebook profits were $5 billion in the first three months of 2018 alone, so the FTC fine was a weak slap on the wrist, showing investors that even the worst behavior will not affect company revenues too badly. Even if the data may have been acquired in an underhand way, it nevertheless made the company enormously data-rich.

Increasing data privacy in the U.S. may come back to bite Facebook in the derrière. A joint study from ESOMAR, HERE Technologies, BuzzBack and Cint that was carried out this summer shows that trust in Facebook is particularly low compared to its Big Tech peers. We explored attitudes toward data collection practices across 12 countries and 12,000 people. Our results show that 62% of Americans don’t trust Facebook with their personal data. That may still seem low, but when you compare it to Google (31%), Apple (32%) and Amazon (20%), the negative impact of Facebook’s actions is clear.

There is a tendency for brands—particularly those in tech or who collect data from mobile applications—to do it surreptitiously. Personal data is often collected without companies being transparent with the data subject. There’s a fear that if consumers have a choice, then they won’t provide their data. But our new research tells a different story: Be open, honest and transparent and not only will people share, but you’ll start to rebuild trust.

3. Impact of the EU Copyright Directive

For those international marketers who work in or around the EU, or the eagle-eyed individuals who keep track of EU legislation as a harbinger of what might come to the U.S., you may have encountered the EU copyright directive.

After the General Data Protection Regulation, the copyright directive has been the most significant development in recent months. It generated vast speculation about memes being banned. This was primarily due to Draft Article 13, which was designed to protect artists and content creators. This article was and remains strongly opposed by companies such as Google and YouTube and by some content creators, as it would potentially limit the freedom of the internet. But a casual glance at Twitter suggests it has done little to affect the social currency of memes.

There’s more to the directive than Article 13. It also does much to improve the bargaining position of authors and performers, and is positive for traditional media publishers such as newspapers and non-aggregated commercial content platforms. This is because they’ve always had to prove or validate sources when reporting a story or publicizing a campaign. Digital media (to date) has not had to do so. Many would consider this a prime reason for the rise of fake news and unregulated personal targeting. If you’re considering running marketing or creative campaigns in Europe, be aware that digital platforms are now obligated to meet the same standards as traditional ones when it comes to licensed materials and ethical boundaries.

From the data side comes further positive news. Prior to the drafting of the legislation, my own organization, ESOMAR, formed a coalition with several other associations to ensure any new copyright frameworks did not affect the area of text and digital data mining. Although the framework was initially only intended to benefit academic research, a broader exemption has now been achieved that enables any market or social researcher the right to mine text and data. This exemption can be summarized as “the right to read is the right to mine,” meaning that if you have lawful access to the data, you have the right to mine it without having to obtain further permission or licenses.

Given the vast amount of text-based data now available, the EU has taken the opportunity to open this up for research. The ability to mine text data is crucial for artificial intelligence, where huge amounts of real-world, text-based data are needed to train the algorithms. Without this exemption, machine-learning projects would have only been sustainable by cash-rich organizations. Now it’s available to all, and we’ve managed to defend a key source of consumer insight.

In an increasingly global world, the impact of new technologies is felt everywhere. Whether using programmatic to simplify research sample buying, maintain consumer trust in brands or simply protect creatives, the contract of the marketer with the consumer must be one of mutual honesty and transparency. Brands are increasingly realizing that it’s important to make sales and behave ethically while doing so. Those that build honest connections will benefit in the long-run. 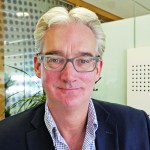 Finn Raben is director general of ESOMAR. He has spent most of his career in market research, previously working at Millward Brown IMS in Dublin, Nielsen, TNS and Synovate. Raben serves as an external examiner at the International School of Management in Avans University in the Netherlands.