Is your hospital or health system considering using Snapchat to reach your younger audiences, perhaps in service lines such as Ob/Gyn/maternity, pediatric orthopedics or dermatology? My advice to you is this: don’t.

Although Snapchat is an excellent platform to reach millennial 20-somethings and Generation Z teenagers and pre-teens, it’s not worth the investment to reach the very small audience that would actually use these services. Your most profitable consumers are Generation X and baby boomers, right? Only 24% of 45–54-year-olds and 11% of 55–64-year-old internet users use Snapchat.

Let’s break down the numbers. Snapchat currently has:

Perhaps you’re thinking you can use Snapchat to target young mothers or pregnant women. Ninety percent of American mothers are active on social media, however if you to reach this audience, Snapchat isn’t the most effective solution. According to eMarketer’s report, only 8% of mothers use Snapchat. By far the most popular social media site for millennial mothers is Facebook.

The second-most popular site for mothers is Instagram. Since Instagram released its Stories feature in 2016 as a direct competitor to Snap, Snapchat’s user base has declined. In 2018, Stories reached 400 million daily users, over twice as many as Snapchat’s.

The only feature of Snapchat that I would consider using is the custom location filter, or Geofilter, for broad awareness. Geofilter allows you to create a design overlay for photos taken in the app and display according to specific geographical boundaries. Using the Geofilter can build location awareness, as well as allow sick or injured young people to show off their casts and stitches to their friends. If that’s something you’re willing to invest in, go for it. Otherwise, consider skipping it. 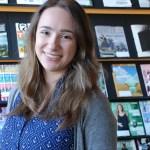 Katie Sorce is a marketing coordinator for Smith & Jones. She contributes to research and strategy projects, manages social media and digital marketing accounts, and assists with content creation, account management, finance and operations. Smith & Jones is the healthcare marketing agency that specializes in branding and targeted service line marketing for hospitals, health systems and other care providers. Learn more at smithandjones.com.