Mergers and acquisitions (M&As) are critical and costly strategic initiatives that are mostly focused on efficiency gains for their success.

Bringing a customer-focused approach to M&As can increase their success rate. For this, CMOs should measure customer satisfaction and its drivers, implement a dual focus to simultaneously increase revenues and lower cost, and align marketing resources.

CMOs can and must play a critical role in improving the success rate of M&A’s by ensuring that they not only meet shareholder objectives but also satisfy the needs of customers. This involves fully integrating a customer-based perspective in planning, executing and monitoring M&As.

Yet in February of this year, Kraft Heinz recorded several write-downs, wiping out more than 25% of its valuation. The anticipated cost savings had failed to materialize. In 2016, GE acquired Baker Hughes for $30 billion only to find that expected synergies in revenues and costs did not transpire. In 2018, GE announced it would separate from Baker Hughes, marking down the valuation of Baker Hughes to less than $15 billion.

These examples echo the findings of a March 2019 Wall Street Journal survey of 1,000 corporate executives. The survey identified several impediments to merger and acquisition success: expected sales not materializing (33%), execution and integration gaps (32%), failure to achieve expected cost synergies (26%), failure to achieve expected revenue synergies (23%) and lack of cultural alignment (20%). CMOs, guided by a customer focus, can play a critical role in overcoming these hurdles.

M&As are likely to fail when senior leaders focus on operations and finance at the expense of focusing on customers. In 2010, when Continental Airlines and United Airlines merged, much was made of the potential operational and financial synergies. Yet an analysis by marketing researchers found that United customers were less satisfied than Continental customers: In 2009, Continental scored 68 in the American Customer Satisfaction Index, 12 points higher than United. Even in 2018, the parent company United Continental Holdings ranked lowest in customer satisfaction at 67, compared to the airline average of 73 and Southwest’s score of 80. Despite the operational and financial synergies, United Continental’s stock has lagged behind Southwest’s since the merger. To avoid a similar outcome, CMOs can take three steps to bring a customer-focused approach to M&As.

Prior to the acquisition, the CMO helped TargetCO develop specific goals in terms of satisfaction targets along with an operational plan to improve the sales process and product quality. The COO and CMO worked together to monitor the post-merger goals, achieving a 12% increase in overall customer satisfaction for TargetCO and a 23% sales improvement within two quarters. By developing measurable customer KPIs that link to operational KPIs, the CMO and COO led the merger to success.

Have a Dual Focus

A 2005 Marketing Science study of 77 Fortune 100 firms between 1994 and 2000 sought to answer this question by measuring customer satisfaction and cost efficiency. It found that only firms that could simultaneously achieve cost reduction and customer satisfaction—a dual focus—showed an increase in long-term firm value. For an average firm with a market value of $46 billion, achievement of dual focus was worth $1.61 billion in firm value.

A 2013 Journal of Service Research article showed this same effect for merging firms. The study compared firms that implemented a dual focus to those that did not. Results showed that among merging firms, only those with a dual focus showed an increase in firm value. Firms that focused only on customer satisfaction or only on efficiency failed to realize these gains. Strategically, a singular focus on efficiency—at the expense of customer satisfaction—can reduce the chances of achieving a successful merger.

At Kraft Heinz, management was so focused on improving manufacturing efficiency that it failed to incorporate the shifts in customer needs—healthier products, nutritional labeling and organic ingredients—in its offerings. As the CFO and COO focus on financial and operational efficiency, the CMO must ensure that customer needs are being satisfied and incorporated in the strategic plan. One effective way to accomplish this is to quantify the impact of each efficiency initiative on overall customer satisfaction through rigorous measurement. Another approach is to use a customer satisfaction survey to develop and monitor customer KPIs that drive sales.

An alignment of marketing resources can ensure synergies among the firms, present a unified value proposition to their combined customer base and ensure that customers are less likely to switch to competitive offerings. As an example, the motive behind the Kraft Heinz merger was to consolidate. From all available accounts it seems that Kraft Heinz was mostly focused on manufacturing efficiencies with little attention paid to aligning marketing resources. Thus, even as its costs declined, its sales stagnated.

To align marketing resources, CMOs at merging companies should set a joint task force involving senior marketing executives from both firms. The task force can develop an inventory of marketing resources, rate the quality of resources each firm brings to the table and identify areas that require alignment. In the case of the industrial company example discussed earlier, a similar task force identified specific initiatives to align marketing resources: migrate the different CRM systems to a single platform, harmonize the sales force incentive plan, and mandate that both companies adhere to a unified brand standard and use a single advertising agency. Because these alignment opportunities were identified in the pre-merger stage and a plan of action was developed, they were achieved within a relatively short period of time after the merger, thus accelerating revenue expansion.

M&As require a customer-based perspective led by the CMO to mitigate the downside and maximize their upside. Three crucial strategies for this include focusing strategy by measuring customer satisfaction and its drivers, achieving a dual focus through simultaneous revenue expansion and cost reduction, and developing a concrete road map for aligning marketing resources. CMOs can play a critical role to implement these three strategies and ensure that companies can satisfy their customers’ needs and meet shareholder goals after a merger or acquisition. 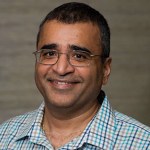