Push the edges of novelty to the brink of revulsion, and you’ll hit upon these critical inputs of arousal to attract consumers

How do you get someone to fall in love with you?

This is the central question of all marketing. While most marketers are in the business of professional flirtation, unveiling products and services in hopes of stoking arousal, many fail—but a few, such as the late Steve Jobs, seem to have magically cracked the code of consumer desire. Jobs took a bit a glass, called it an iPhone, and the world swooned. But why?

There are five variables that create arousal. Marketers wishing to emulate Jobs should take note of them.

In “The Creativity Code: Art and Innovation in the Age of AI,” Marcus du Sautoy writes of Picasso first exhibiting “Les Demoiselles d’Avignon” (pictured above) in Paris in 1916. The painting was a breakthrough in the cubist revolution, a tableau of geometric nudes, but was initially met with much controversy. But decades later, it would be recognized as a masterpiece, a true turning point in the history of art. By pushing the edges of novelty to the brink of revulsion, Picasso had hit the five critical inputs of arousal:

These five variables, drawn from the psychology of Daniel Berlyne, provide a fascinating framework for how to build desire toward a product (or person). Watch any old rom-com and you’ll see most plots track to these five cues. The romantic leads have a meet-cute, eventually find themselves ensnared in a complex situation, and stumble through ambiguity and puzzlement before discovering what was meant to be.

The trick is to not go too far.

A new iPhone or Picasso masterpiece stacks up these five rules to create just the right amount of hedonic value—the pleasure principle that motivates us to take action. But there is a risk, one that the Apple Watch (which did not take off in sales) and Picasso’s Les Demoiselles brushed up against. If you leap too far, pleasure collapses, hedonic value goes negative, and your recipients push back. What turns us on, if overstimulating, can flip us into revulsion rather than consumer desire.

Think of a horizontal scale going from familiar to new, du Sautoy suggests, and as you progress to the right an overlaid curve of hedonic value (pleasure) will shoot up and then collapse down. Something a bit novel entices, as we move into the “new realm,” but if we leave the familiar too far behind, we revolt. An iPhone perhaps would have bombed had it been released in 1940. (“A glass screen with no rotary dial? No thanks.”)

The marketing landscape is filled with such romantic failures. The 1957 Ford Edsel used a new thing called focus groups to design a car based on the particular features consumers liked best, but the aggregate result was a Frankensteinian monstrosity. New Coke launched in 1985 with a sweeter formula to mirror Pepsi, which taste tests showed consumers liked better, but bombed because Coca-Cola drinkers couldn’t accept the jump.

The best products hit the five vectors just enough to incite arousal in consumers without aversion, by connecting future surprise to a shared past. The new Motorola Razr revives the beautiful 2004 flip-phone design with a foldable touchscreen inside; 130 million people bought the first one—what a latent base of love to be rekindled with touches of new mystery! The 2022 Volkswagen Microbus, when it arrives, will add design flare and electric motors to the iconic hippy vans of the 1960s. Jimmy Wales’ new social network, WT.Social, rekindles the failed hopes of Google+ with a Wikipedia news twist, and might be just unusual enough to scale desire. Notable in WT.Social’s launch is its ambiguity (what will this become?) and puzzlement (what content will it feature?) Wales is flirting with us all.

What of Ambiguity and Puzzlement?

Berlyne’s theory of what drives curiosity and arousal includes two vectors marketers typically don’t think about—ambiguity and puzzlement. But consider: Some of the most addictive products in the world offer enigma as stimuli.

Ambiguity is core in social networks. Yes, Twitter, Facebook and Instagram use game mechanics to create “scores” and feedback loops, numbers of comments or likes, etc. But these score systems also taunt you with uncertainty. Every time you share content, you face an ambiguous payoff. Will people like what you submit, or will it draw blanks? This frisson of expectation is part of the appeal, a slot machine that may or may not pay off.

Puzzlement is the last hook to secure consumer desire, often deployed in software interfaces. The entire electronic game industry is founded on forms of puzzles. Twitter in its early days was criticized for being difficult to learn; Snapchat has followed in this approach. But that very confusion gives users a huge mental reward after they climb the hill. Apple’s iTunes/Music services are notoriously overwrought and complex; try making a playlist for the first time and usually a newbie will encounter frustration.

Beyond a rewarding learning curve, puzzlement is also a form of discovery, a way to engage more deeply in the system and potentially be inspired to buy more products. Bookstores with crowded shelves, Starbucks with its coffee-size naming conventions, Volvo’s XC40 SUV with a novel shifting mechanism, Amazon seemingly hiding its Prime Video links to make you hunt just a bit to boot it up—all puzzle just enough to entice you to want to stay in the relationship. Ikea, most famously, designs the halls of its stores like a maze, forcing you to search through things you don’t want to find your way out.

A fun exercise, marketers, would be to jot these five beats—novel, unexpected, complex, ambiguous, puzzle—on a whiteboard and score your products and services against them. Before you write a word of ad copy, ponder whether your core product will kindle consumer desire on these vectors.

Photo: “At the Museum of Modern Art” by Steve Guttman NYC is licensed under CC BY-NC-ND 2.0. 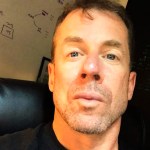 Ben Kunz is executive vice president of strategy at Mediassociates, a media planning, buying and analytics agency based in Connecticut.