Our motivation in selecting this theme is to encourage research and dialog on the contributions of marketing for addressing social issues that involve diverse perspectives and interests in a dynamic, rapidly changing environment. We hope to provide an open forum for productive discussion and debate representing a variety of viewpoints and ideologies. We are interested in research that will make an impact on these pressing social issues via theoretical development or pragmatic application.

The 2020 AMA Marketing and Public Policy Conference is going to be a virtual event due to the rapid developments regarding COVID-19. Join us for concurrent presentations, networking and an online poster discussion forum. Access codes for the conference will be emailed to registrants the week of the conference.

The full agenda for the 2020 AMA Marketing and Public Policy Conference is now live on Ex Ordo. Some sessions have moved, so please review all dates and times carefully. All times are listed in CST (Chicago) time.

See all of the research being presented at this event.

If you need to purchase or renew your professional membership to receive member pricing, click here. If you’re a doctoral student, start here. 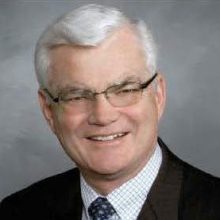 Ronald O. Loveridge has 33 years of public service – as a Riverside Council member beginning in 1979 and as Mayor from 1994 to 2012. He is a highly regarded regional, state and national leader. At the national level, he was very involved on the Executive Committee and Board of the National League of Cities, making policy calls and decisions on behalf of some 19,000 cities and towns across the nation. He also served as President of the National League of Cities in 2010. Mayor Loveridge is a member of the National Academy of Public Policy. His statewide and regional service has included  board roles on the broadest array of important organizations: the California Air Resources Board, California Forward Action Fund, California Competes, South Coast Air Quality Management District, Southern California Association of Governments, Western Riverside Council of Governments and Inland Empire Economic Partnership.

Transformative Consumer Research collaborates with community partners to explore social innovation and develop actionable research ideas to enhance people’s well-being. These research projects include community organizations as partners in the research process from ideation through data collection and analysis, to writing and public dissemination. To live the mission and values of TCR, they seek new collaborative opportunities to create social impact.

Speakers include participants from the TCR Executive Leadership and Social Impact Council as well as the TCR Board & Research Community.

What are the dates?

What is the format?

MPP will be hosted virtually via the RingCentral webinar and webcast platform. You will not need to create a login to access sessions. The platform allows for webcam video, audio and Q&A. Paper sessions will be hosted by AMA staff who will be available to assist with any technology questions that may arise. You can access the sessions via a landing page that will be made available to registrants on the day of the event.

Poster presentations will be hosted on ama.org in a virtual discussion board from May 21 through June 4.

Will the programming change?

No. The conference will still be a mix of poster presentations (hosted via our new ama.org discussion forum) and paper presentations hosted live via RingCentral. We will host plenary sessions on Thursday and Friday mornings, co-chair remarks with award winners announcements, as well as several virtual happy hours from 4:00-5:00 p.m. CST , May 29.

Will sessions be recorded?

Sessions will not be recorded and distributed after the conference.

What about the party?

We know how valuable conferences are for networking and sharing ideas with the academic community, and we cannot wait for you to join us for our virtual happy hours at the end of the conference! These will be themed around various research topics. Be sure to jump into the one that fits your interests and network with other academics.