Proposition 22, a successful 2020 California ballot initiative, gives gig economy ride hailing and delivery companies the legal right to treat drivers as independent contractors. The companies sponsoring Proposition 22 (including Uber, Lyft, and DoorDash) spent roughly $200 million on television and direct advertising campaigns (more than 10 times the spending of the groups opposing the industry-sponsored proposition). Analysts believe that industry advertising helped flip voter opinion to pass the proposition and give the industry a victory. Immediately after this success, industry leaders pledged to remake labor laws throughout the country.

The consequences of the Proposition 22 vote illustrate the important and far-reaching impact of effective direct-to-public persuasion. A new Journal of Marketing article examines the practice of direct-to-public persuasion, a key political influence strategy used to gain public support on contested issues when industry practices are opposed by activist groups. In the scenarios we studied, industries invested in persuasion campaigns to protect their practices in battles over prescription drug pricing, tobacco product taxes, renewable energy standards, and recycling policies.

Industries have resource advantages relative to their activist group opponents that suggest they should win policy issue battles. Pre-election polls often report majority support for the activist side, reflecting the public’s predisposition to be more skeptical of the industry side and its motives. The fact that industries frequently prevail suggests that they overcome the public’s skepticism with effective arguments. The public’s response to competing industry versus activist campaigns is somewhat of a mystery. Our research helps explain these voting outcomes.

We developed a direct-to-public persuasion framework and tested our predictions with a field study that captured changes in the public’s attitudes and voting on two California ballot measures from the 2016 U.S. election. The first, Proposition 56, proposed a tobacco product tax increase and the second, Proposition 61, proposed new prescription drug price standards.

Our findings offer unique insights. These asymmetries are relevant for marketers and practitioners who design and implement direct-to-public campaigns; for example, industry associations, consultancies, and public interest activist groups. Since the activist side often has an early advantage, it needs to retain initial supporters with strong arguments and counterarguments because the strength of activist arguments has the highest impact on voters. In contrast, the industry side must focus on acquiring voters with arguments that highlight the hidden costs of the proposed policy change. The industry side should work to diminish the strength and increase the suspicion of activist arguments by encouraging voter skepticism of activist tactics.

Our research also has implications for the public policy community and broader societal relevance. Given the consequential outcomes of the ballot measure venue we study for industries and activist groups, such as the tobacco and pharmaceutical industries and healthcare activists in our context, and continued increases in funding ($1.19 billion in 2020), our findings argue for more emphasis on the transparency of support for the opposing sides’ campaigns. This includes, but is not limited to, comprehensive information about donors and the extent of their financial support. Considering the importance of the issues, the major role of advertising, and the complex public perceptions of the opposing sides, it makes sense that policy makers should facilitate increased information to voters about major funding sources and the standard of truth they are held to. 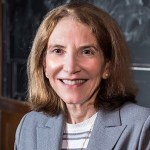 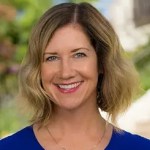 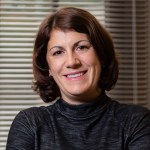