Livestream retailing features hosts promoting and selling goods in real-time via screen-mediated sales presentations. It presents new opportunities for marketers to create, deliver, communicate, and capture value in ways not previously possible. It integrates shopping and entertainment to facilitate customers to purchase from wherever and whenever. Livestream retailing shortens the path to purchase by entertaining customers, demonstrating products, and describing why they are must-have items; conveying that only limited quantities are available; counting down the time remaining on an item before the next item is introduced; and injecting calls to action, such as “grab it before it’s gone.” Finally, it allows value capture via credit cards, non-cash payments, installments, and barter. Marketers only need to imagine how to integrate such value creation and capture via modern technologies.

At the intersection of marketing and technology, a new Journal of Marketing study develops a new technology to analyze livestream retail analytics data. Specifically, we investigate the sales impact of emotional expressions by the hosts. Do emotional displays help or hurt sales?

Our research team collaborated with a real-world livestream retailer, who broadcasts shows 24 hours each day of the week, deploys multiple hosts to deliver live sales presentations of hedonic products, receives payments by credit cards, and ships orders by mail. We analyzed about 100,000 sales pitches. To put this scale in perspective, the associated video footage exceeds two million 30-second TV ads. Then, we applied two machine-learning algorithms: real-time face detection and real-time emotion classification. Specifically, the face detection algorithm discovers the presence or absence of a face in every frame of the video, while the emotional classifier assigns probabilities to the facial expressions in each frame with a face. Thus, we unobtrusively extracted six emotional displays: happiness, sadness, surprise, anger, fear, and disgust.

This study highlights the importance of monitoring and managing facial expressions. One implication is to train new hosts. The firm can analyze the video footage much like sports teams watch films of critical moments in previous games to learn what individual players did well and not-so-well. The resulting feedback could be used to modify the sales pitches. Another implication is to re-train experienced hosts. The firm can compare each host with the top performer and identify which emotions the hosts should alter. Happiness is the first one to be addressed. Contrary to the popular belief of rendering “service with a smile,” we advocate selling with a straight face. Smiling may be off-putting because it lacks authenticity and reduces trust in the seller. Subsequently, salespersons should address displays of anger, then fear, and other negative emotions. The final implication is for bot marketing. As bots mimic human facial expressions more closely, three-dimensional audiovisual bots can be designed to engage with customers in online as well as offline stores. For example, HSBC Bank in Northern California employs Pepper, a social humanoid robot, to greet and transact with customers. Further technological advances will bestow bots with the ability to express and reciprocate emotions, thereby nudging prospective customers through the purchase funnel by explaining features and benefits, instilling urgency to buy, and providing entertainment along the way. 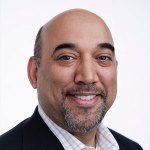 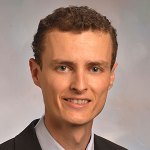 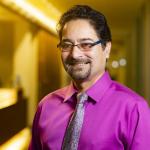 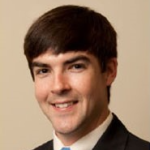 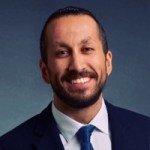