A five-episode miniseries that aired on HBO this spring renewed public interest in the Chernobyl disaster, the world’s largest nuclear accident that occurred on April 26, 1986. Yet this area in Ukraine has been top of mind for several years now for Meredith Ayan, executive director of Society for the Prevention of Cruelty to Animals International. A big part of her job is saving animals around the world, including descendants of pets left behind in Chernobyl. With a staff of only eight, she relies heavily on marketing automation tools to further SPCAI’s mission by communicating effectively with a growing cohort of supporters. We talked with Ayan to learn more about her heartwarming work and how Salesforce Pardot has helped amplify efforts of her team.

Can you explain why there were so many animals left behind following the Chernobyl disaster?

What happened there is really hard for us to understand in present day. Thanks to social media, we’re now able to hold people accountable in real time, which was not the case in 1986. When the reactor blew up, they had no idea what they were dealing with because it was so unprecedented. The story I’ve always heard is that they evacuated the entire city of 40,000 people, telling them to bring one suitcase, and to leave enough food and water for their pets because they’d be reunited in a few days. As the scale of the disaster and dangerous radiation levels became known, residents were never allowed to return, and their animals had to fend for themselves. We’ve gotten a lot of feedback from people asking, “How could these citizens leave their animals?”—but you have to understand, they were told they were coming back.

How did SPCAI get involved with caring for cats and dogs still living in the area?

Clean Futures Fund, a non-profit doing humanitarian work around the Chernobyl power plant, asked the people there what they could to do improve their quality of life—and the people asked them to please come in and help the animals. CFF isn’t established as an animal welfare organization, so they asked us to help organize spay and neuter clinics, as well as vaccinate the animals, because they’re exposed to rabies. The interesting thing about Chernobyl is that once the humans disappeared, wildlife thrived. It is a flourishing environment. But getting animals vaccinated is really important when you have so many people coming in and out. SPCAI began working with CFF in 2017, and we just completed our third clinic in June. We provide financial grants, veterinary supply aid, and also personnel to support.

You also worked with Clean Futures Fund to test radiation levels of the animals to ensure they didn’t pose a risk to humans. What misconceptions did people have about that?

We all expect the Springfield nuclear power plant from The Simpsons, where fish have three eyes or two heads. But the animals at Chernobyl have no physical abnormalities. They do, however, have only four- or five-year lifespans, and we wanted to figure out why. We did internal scans; had every animal spayed or neutered and vaccinated; and attached ear tags with dosimeters in them. After six months, we learned the radiation they were exposed to was pretty low. Since they’re being fed by staff at Chernobyl, they’re not eating a lot of vegetation or animals—so that reduces their risk of radiation. We found the reason they have such short lifespans is likely due to very harsh winters, and populations of wolves and bears.

How many Chernobyl animals have you helped so far, and what your goals are for the future?

We have helped almost the entire population of dogs living in the nuclear exclusion zone — about 1,400 over the past three years. In June, we spayed or neutered 530 animals. We estimate that 75 percent of the population has now been vaccinated and spayed or neutered. SPCAI and Clean Futures Fund will continue to monitor the situation as needed, and CFF hopes to establish a sanctuary within the zone to help protect the animals from harsh conditions and wild predators.

What other types of programs does SPCAI support?

We give direct grants to animal welfare organizations around the world, as well as veterinary supply aid—things like surgical supplies, antibiotics and medications. That’s how Chernobyl fits into our mission on a broader scale. It’s very topical, but just one of many projects going on at all times. We also run Operation Baghdad Pups: Worldwide. It started organically in 2008, when we received a request from a soldier. He’d developed a relationship with a dog, Charlie, in Baghdad, and asked for help getting him to the U.S. Eleven years later, we’ve opened up the program to all military personnel deployed anywhere in the world. By the end of 2019, we’ll have reunited almost 1,000 dogs, cats and even a donkey with their humans.

The work you’re doing is critically important in the lives of both animals and people. How do you spread the word to get the support you need?

Being a nonprofit, we rely a lot on word of mouth about our programs. The SPCA name is well known, but every SPCA is individually operated around the world. A lot of people think that we’re chapters of the same organization, which is not true, so marketing for us can be tricky. We rely heavily on email marketing, which is where Salesforce Pardot comes in. We also utilize social media marketing, retargeting and AdWords—but we put the most effort into email marketing.

How has Salesforce Pardot helped you improve your email marketing?

We made the decision to switch to Salesforce two years ago. We came from a product that was much smaller that gave us three months notice before shutting down. Unexpectedly, we learned about Pardot after being introduced to the Salesforce family, and it was the tool we wanted. Our staff is eight full-time people, and only 1.5 of those are dedicated to email marketing—so we wanted something that would be easy to use. We weren’t sure if we could scale to be able to use a tool so big and well known, but what has been so important to us, other than the tool itself, is the supportive team behind it. We’ve been a part of Salesforce’s Dreamforce conference the last two years for an adoption event called Pawdot Puppies. We invite local shelters that bring adoptable animals, and there’s always a line around the block. For us, it’s a two-way street with Salesforce: We’re using their tool, and they’re supporting us as an organization, which has been really nice.

What email marketing strategies have been the most successful for you so far?

Because email marketing is a major way of raising funds for us, it has to be something that’s really well executed. We want it to feel like a conversation with us, that we’re building relationships. But there are also times we have something urgent happening, and we have to raise funds—for example, at any given time, we have 30 to 40 animals in our care that need to come back to the U.S. through Operation Baghdad Pups: Worldwide. If we’re creating an email appeal, we’ll generally send three emails about that same subject. But if you open and donate to the first one, we’re not going to send two more. You’ll get a thank-you email right away from me, and you won’t be continually asked for more donations for the same project. We didn’t have this option with our old tool, so Pardot has helped us to have a conversation with people rather than hit them over the head with asks. We use Pardot to create a respectful dialogue with people who care deeply about our work.

What new tools will be important to SPCAI as you continue in your mission to save more animals?

We are excited about using artificial intelligence to tailor content to individuals. The problem for nonprofits is that we have all this work happening, and great content, but we don’t have time to tell every single story. With AI, we will be able to create that content and let people interact with it at their own pace. We want to use AI to communicate with people in the way they want to be communicated with.

How does having a small staff create a need for greater marketing automation?

We don’t have a 24-hour phone bank where you can call and talk to someone at 2 a.m., as we have to keep overhead costs down. A lot of questions we get can be similar, so if we give people access to things they need at any hour of the day through AI, that’s going to be better for us as an organization. It will help make donors’ money go further too, because we can be more efficient. We can spend more time on the ground doing the work that matters, rather than trying to answer the same questions 20 times an hour.

How can readers get involved to help?

We have an adoption page on our site for international animals from areas of world where chances of adoption are slim to none. We often get inquiries that don’t go anywhere, which is heartbreaking. If our work speaks to you, donations are always appreciated, too! 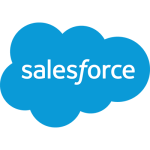 Digitally transform your marketing with Salesforce. Built on the world’s #1 CRM, know your customers with a single view of their activity across your business. Personalize their experience with AI. Engage them across every step in their journey with your brand. And use powerful analytics to optimize campaigns as you go. Learn more at salesforce.com/marketing.