However, some firms go beyond branding to breeding–driving innovation returns from athletes who use their gear in sports contests. A new study in the Journal of Marketing is the first to systematically analyze returns from both breeding and branding—demonstrating how sponsorships drive innovation and sales, respectively. The study also investigates how breeding and branding effects depend on firms’ investment in other areas, such as R&D and advertising.

To understand breeding returns, our research team focused on cases where gear manufacturers move beyond sponsorship to become a contestant in a sports competition.

The manufacturer is involved as a contestant if it competes in the sports contest with a team. Gear manufacturers can use the extreme conditions under which athletes on the team use their gear and closely cooperate with them to develop and test new technologies that improve the competing team’s performance. It’s easy to see that branding returns from competing in sports contests may be different from branding returns from sponsorships. For example, the performance of the firm as a contestant may affect its branding return.

Competing firms may invest varying amounts in such sport contests and achieve varying success, both of which may affect their breeding and branding returns. The allocation of resources to contesting in sport competitions is likely not independent of the firm’s investment in other areas, of which R&D and advertising seem most relevant as one considers the breeding and branding returns of competing in sports contests. Thus, we sought to answer the following question: To what extent do gear manufacturers competing in sport contests gain positive outcomes in terms of breeding, branding, or both and are these outcomes contingent on the gear manufacturer’s R&D and advertising spending?

To answer this research question empirically, we constructed a novel data set on car manufacturers’ participation, spending, and performance in the F1 World Championship where R&D personnel of automobile manufacturers closely collaborate with drivers and engineers. The sample consisted of nine car manufacturers that competed in F1 at least at some point during 2000-2015. To examine the effect of participation between contestants and non-contestants, we included seven manufacturers that did not compete in F1 during our sample period. To examine the breeding effect, we supplemented F1 data with information on these manufacturers’ R&D spending and innovation performance measured in terms of patent citations. To investigate the branding effect, we obtained the brands’ advertising spending and the brand’s sales performance in terms of number of vehicle registrations in five countries (France, Germany, Italy, Spain, and the U.K.).

First, competing in sport contests and R&D spending are complements. Competing in F1 generates a significantly positive breeding return only for car manufacturers that spend at least €3.8 billion annually on R&D (e.g., BMW, Honda), while this effect is not found for car manufacturers such as Fiat and Renault that spend less than that on R&D. Thus, if manufacturers decide to invest in F1 to enhance their innovation performance, i.e., to enhance their patent data base, they have to complement it with a high R&D budget to fully exploit the innovation potential contesting in F1 offers. 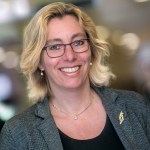 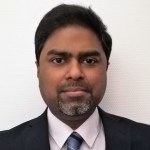