It’s difficult to connect with consumers in the modern media era. TV viewers stream or record shows to watch “on demand” only to skip past commercials. Even if they watch “live” programing on a big screen TV, they turn to their “second screen” mobile device during commercial breaks.

That’s why global brand managers have a passion for sponsoring sports, which consumers still watch live and often in groups with intense focus for the “can’t miss” moments. For example, in 2018, 88 of the top 100 TV broadcasts were sports, demonstrating why brands rush to sponsor teams. Spending on sports sponsorships exceeds $62 billion worldwide, with growth outpacing general advertising 4.3% to 2.6%. In a world of digital fragmentation, sports is one of the last ways to reach the mass market.

Because sponsor images, such as logos on athletes’ clothing or on stadium walls, make brief appearances during games, brand managers know that compelling visual design is critical to creating consumer brand affinity and recall. However, some companies are now violating the established branding principle of maintaining a consistent visual image over time to reinforce a brand’s identity, and instead they are adopting a sponsored team’s colors when displaying their logo in sponsorship settings. For example, since the 2016 NFL season, Bud Light has been customizing beer cans to visually match each team it sponsors. Shedding its iconic blue color in favor of each sponsored team’s colors may have enhanced the effectiveness of its $1.4 billion NFL sponsorship. Kaiser Permanente dressed its logo in red (instead of blue) when advertising in the Boston Red Sox stadium.

This move is controversial. On one hand, matching brand–team colors may reduce attention, as eye-tracking experiments find that sponsorship signage with contrasting colors better captures viewers’ attention. On the other hand, past research demonstrates that students evaluate brand advertisements supporting a cause more favorably when the brand’s and the cause’s colors match.

To clarify which strategy yields the best results, our research team conducted a real-world investigation of the performance implications of visual congruence (i.e., when a brand sponsor matches the team’s colors). We posited that visual congruence enhances sponsorship performance, as long as the viewer processes the visual information. We draw on the framework of brand information processing to organize viewer characteristics that afford the necessary opportunity (i.e., viewership-based exposures to signage), ability (i.e., no color blindness), and motivation (i.e., fan status) to process the visually congruent color matching. With these viewer characteristics as preconditions, we predict that fans evaluate visually congruent sponsorships more positively because the brand assumes the shared identity of a raving fan.

Our studies incorporate brand sponsor evaluation data from 1,358 participants across three studies in different sports and sponsorship advertising contexts. The first study ties actual in-stadium sponsorship signage from every MLB stadium to 703 fans’ evaluations of their teams’ brand sponsors. The resulting 15,289 ratings reveal a positive effect of visual congruence on fan attitudes toward the sponsorship. As predicted, the positive effects disappear when fans have not viewed enough games or are color-blind.

In the second and third studies, we manipulate visual congruence in quasi-experiments. The second study, set in the context of sponsor product packaging similar to Bud Light’s custom NFL cans, verifies that perceived sponsor support drives the positive effect of visual congruence on attitudes toward the sponsorship. The third study features digital advertising that promotes the Golden State Warriors, an NBA team, along with their main jersey sponsor Rakuten. It also extends the key effect to several customer-level brand performance metrics: brand attitudes, visit and purchase intentions, and word of mouth. However, we find that visual congruence through color matching drives favorable attitudes and behavioral intentions among fans, but not among nonfans. Targeting is key, a visually congruent sponsorship ad (vs. incongruent ad) prompts fans to rate the brand about 17% more favorably on a composite of brand performance metrics, but we find marginal support that nonfans recall the brand less frequently. Building on some of our other recent research on sponsorship, our findings show the importance of targeted and customized digital advertising to maximize the value of sponsorship rights.

Our findings reveal the importance of color beyond its connotative meaning. Color signifies a brand sponsor’s genuine support of the team, which is critical because fan attributions partly determine sponsorship success. Despite the strong argument for keeping branding elements consistent, our findings corroborate calls for cobranding flexibility when one brand communicates support for another. For instance, until recently Bank of America used its traditional red and blue colors during its sponsorship of Chicago’s St. Patrick’s Day 8K Shamrock Shuffle fun run. However, Bank of America now adopts the green and white colors that adorn the whole city on that day. Our research also complements past studies of congruence in sponsorship, most of which focus on conceptual or geographic fit between the sponsor and the sponsored entity. However, geographic and conceptual congruence are inherently limited to certain cities and product categories. In the first study, we find positive effects of visual congruence above and beyond conceptual and geographic congruence, which is highly consequential in that a manager can easily adopt a team’s colors.

Overall, adopting a team’s colors in sponsorship can help brands maximize sponsorship ROI, which is critical as fees soar into the stratosphere.

From: Conor M. Henderson, Marc Mazodier, and Aparna Sundar, “The Color of Support: The Effect of Sponsor-Team Visual Congruence on Sponsorship Performance,” Journal of Marketing, 83 (May). 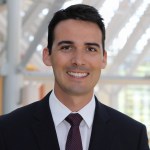 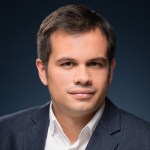 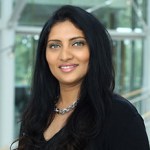