Multinational companies are increasingly common, but channel marketing in this context can be challenging.

Marketers should consider MNC relational interplays and leverage subsidiary networks as they move downstream from headquarters.​​​​​​​​​​

As the US-China trade war heats up, all eyes are on global trade. Multinational companies (MNCs), which number in excess of 82,000 and have more than 807,000 affiliates, account for more than 25% of the world’s gross domestic product, according to the United Nations. Large stalwarts such as Apple, China Construction Bank, Royal Dutch Shell, and Toyota Motor are joined by private firms in emerging markets, all competing on an increasingly digital playing field.

MNCs are comprised of headquarters and foreign subsidiaries, the latter of which directly manage local channel partners. These arrangements are both common and resource-intensive, yet often poorly managed. Large MNCs can have 100 or more subsidiaries, making them difficult to study. However, doing so is imperative: Headquarters and field perspectives may differ or even sharply contrast, and MNCs may be viewed as outsiders in local markets, impeding marketers’ ability to deploy channel strategies and build market share.

Since current research on MNC channels is limited, our research team decided to review current literature to identify gaps and propose a new, more comprehensive framework for academic and practitioner use moving forward. We focused on equity-based MNC arrangements in which wholly owned subsidiaries manage independent channels because of the higher ongoing investment in, longer length, and complexity of these relationships, as well as the fact that they have been under-studied to date.

We propose a meta-theory that uses a political economy framework to understand the economic and social interactions of exchanges. This framework allows us to explore subsidiary networks, which are integral to MNCs, as well as deepen research on MNCs headquartered in emerging markets. We further offer testable frameworks to evaluate MNC marketing channel structures and processes as well as their outcomes. Our framework offers the following implications for marketers.

We highlight how organizational features of the MNC influence channel partner management. A case in point is Mattel, which responded to deteriorating global sales by retooling its internal organization. Given its focus on strategic flexibility, Mattel’s HQ opted for informal decision making with subsidiaries to boost channel performance. Nestlé resolved a similar issue differently, by shuffling employees across the subsidiary network to promote company-wide global efficiency. Thus, effective channel management means the HQ seeks to align the subsidiary’s goals in light of the HQ’s strategic goals and by leveraging the subsidiary network.

Weak legal institutions abroad represent hurdles for MNCs from the developed world. Major industry players such as Cadbury’s, Shell, and Vodafone received an unpleasant jolt recently when authorities in India altered tax laws retroactively. Negotiating such scenarios might require subsidiary managers to build linkages with third-party mediators, such as local industry associations and appellate tribunals in the host country. An inadequate appreciation of local culture is another stumbling block, even for premier brands such as Home Depot, which had to shut down several stores in China where the easy availability of maintenance people makes a do-it-yourself ethos rare. To avoid such blunders, subsidiary managers might create dedicated roles and hire local staff to foster cultural sensitivity.

Emerging-market MNCs face distinct challenges, too. Many MNCs, such as SEACOM, the submarine cable operator from Mauritius, compete on a low-cost basis. When they seek growth, they traditionally have looked internally (i.e., HQ–subsidiary link) to leverage an efficiency strategy for reining in manufacturing costs. Our framework points to another venue for action, beyond manufacturing costs—the subsidiary-channel partner link. For emerging-market MNCs, it is critical to commit marketing resources to foreign channel partners to build a strong presence in the downstream market. For example, the Chinese phone maker Huawei has a pronounced manufacturing orientation but has underinvested in branding in key developed markets. Without strong resonance with local channel partners and consumers, the brand has remained vulnerable in the United States and Europe. Many emerging-market firms, such as Zimbabwe’s agribusiness company AICO Africa Limited, are virtually compelled to expand abroad due to the political instability and market inefficiencies at home. Yet with foreign brand names, offshore manufacturing, and weak home currencies, these emerging-market MNCs also face hurdles in acquiring legitimacy from U.S. channel partners. This legitimacy gap could be bridged with certifications from local agencies or alliances with reputable brands. Other companies, such as Sun Pharmaceuticals (India) and Cemex (Mexico), have found that strategic acquisitions of local channel partners could also plug the legitimacy gap.

Finally, emerging-market MNCs sometimes exhibit traditional—even anachronistic—business approaches and a reluctance to adopt practices that are standard in the developed world. Some firms struggle to reconcile a communal logic prevalent at home with the individualistic logic of developed markets. For example, Chinese firms that have benefited from the state capitalism model, which removes most resource constraints, must learn how to develop subsidiary abilities as they expand abroad, without government support.

MNCs need to take a holistic approach to channel management. Our framework empowers academics to explore key topics in a structured way and identifies areas for further research. It also enables marketers to consider the importance of MNC relational interplays as they move downstream from headquarters to the channel, as well as leverage subsidiary networks and the local host environment to maximize partner performance.

MNCs operate in a world of global competition and constant corporate tie-ups. Aligning all parties to drive revenues and build market share in new geographies may not make or break an MNC’s year: It can make or break a firm’s future.

Go to the Journal of Marketing​ 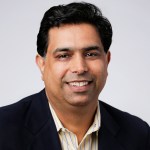 Amit Saini is Associate Professor of Marketing, University of Nebraska–Lincoln.

Alok Kumar is Associate Professor of Marketing, University of Nebraska–Lincoln.