This time was supposed to be different. But so far, months after George Floyd’s death prompted a reckoning with racial inequality and promises by corporate America to take action, a new study by the AMA and Kantar found that four in 10 organizations have not enacted any changes to address the concerns of the Black Lives Matter movement.

The questions were part of the latest iteration of the Marketers’ Confidence Index survey, which was fielded July 16 through Aug. 2 among 241 top marketing professionals in the U.S. The questions explored the corporate response to the BLM protests. It found that while a minority of companies have issued public statements and communicated with their employees and customers about plans to address racial inequality issues, the top answer was “No actions were taken” (41%).

Among marketers who work at companies that have responded to the BLM movement, fewer than one in 10 respondents reported more substantial changes, such as creating different hiring strategies or HR processes (9%), board member selections (6%), transparent reporting of diversity numbers (6%), or a review of or commitment to change racial wage gaps (5%).

Despite these more incremental actions taken thus far, 70% of respondents indicated that they were satisfied with the decisions their organization has made in response to the BLM protests. Fewer employees younger than 40 years old, however, reported being pleased:  61% of these marketers indicated satisfaction, versus 75% of respondents older than 40. The relatively high level of satisfaction, particularly among the older marketers, may be a product of an empathy deficit linked to corporate America’s lack of ethnic diversity; according to The Center for Talent Innovation, Black people hold just 3.2% of executive and senior manager positions and less than 1% of Fortune 500 CEOs, and 44% of African Americans reported experiencing discrimination at the workplace over the past year, according to the 2020 Kantar U.S. Monitor.

Addressing systemic racism in the corporate world can feel overwhelming for even the best-intentioned of business leaders—particularly for those new to inclusion and diversity issues.  But as this study shows, the majority of corporate America has done little or nothing to address the concerns of BLM and improve the lives of Black Americans who experience the hardship of racism every day, endangering its appeal among Millennials and Gen Z. As Kantar’s Chief Knowledge Officer J. Walker Smith recently put it, “Brands can take many actions, small or large, some better than others, many with uncertain outcomes, and nearly all uncomfortable. But inaction stands alone in assuring the poorest outcomes.”

Photo by Julian Wan on Unsplash. 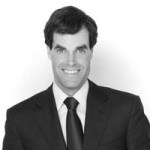 Joris Zwegers is partner, global research at the Consulting Division of Kantar.