In this challenging economic landscape, those who are willing to ask, listen, and act will thrive. You must embrace what you don’t know, anchor yourself in flexibility, and chase understanding rather than the status quo. This orientation toward action, adaptability, and market responsiveness requires that you leverage curiosity as your greatest asset.

Join us for this live, exclusive event where Eric Johnson, Momentive’s CMO, will sit down with Adam Grant, Organizational Psychologist & Bestselling Author, and discuss how you’ll need to position yourself to meet the challenges of 2023.

The webinar begins at 12 PM CT 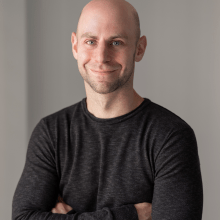 Adam Grant has been Wharton’s top-rated professor for seven years. He has been recognized as one of the world’s 10 most influential management thinkers and Fortune’s 40 under 40. He is the author of multiple #1 New York Times best-selling books that have sold millions of copies and been translated into 45 languages: Think Again, Give and Take, Originals, Option B, and Power Moves. His books have been praised by J.J. Abrams, Richard Branson, and Malcolm Gladwell. His viral piece on languishing was the most-read New York Times article of 2021 and the most-saved article across all platforms.

Grant’s TED talks on languishing, original thinkers and givers and takers have been viewed more than 30 million times. He received a standing ovation at TED and was voted the audience’s favorite speaker at The Nantucket Project. His speaking and consulting clients include Google, the NBA, the Gates Foundation, and the World Economic Forum, where he has been honored as a Young Global Leader. He hosts “WorkLife”, a chart-topping TED original podcast; writes on work and psychology for The New York Times; and serves on the Defense Innovation Board at the Pentagon. He has over 5 million followers on social media and shares monthly insights in his newsletter, GRANTED.

He received his B.A. from Harvard and his Ph.D. from the University of Michigan. Adam is a former magician and junior Olympic springboard diver. 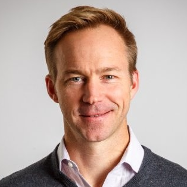 Eric leads the marketing and growth efforts at Momentive and has been a consultant with the company since 2020, working closely with the senior management team in areas including corporate development, go-to-market strategy, and positioning. Eric is a seasoned tech executive with previous experience as CEO at LaneOne, a digital ticketing company where he grew the company from $0 in revenue to over $32 Million in two years. Before that, he was an EVP/General Manager at CBS Interactive, running one of the largest and most profitable digital-native publishing groups in the world and leading significant operational changes to transform the financial profile of the business. He started his career in Investment Banking covering Healthcare and Technology companies for over 11 years. Eric has a B.A from Princeton University.