The Journal of Public Policy & Marketing is soliciting manuscripts devoted to marketing’s interface with political activities and behaviors.

Consumers, corporations, and a variety of other stakeholders have become increasingly active in today’s political landscape. On the corporate side, companies spend billions to influence government policies and shape political issues, typically through lobbying or through political action committees (PACs) (e.g., Martin et al. 2018). Indeed, lobbying expenditures in the United States have roughly doubled since 1998 (from $1.5 billion to $3 billion), and contributions to PACs jumped from $220 million to $2.2 billion over the same period (opensecrets.org). On various socio-political issues, it has become common for companies to make statements or take actions, even when those issues may be controversial. For example, when U.S. President Donald Trump announced a plan to shrink a national monument in Utah, Patagonia announced its strong opposition to the decision on its homepage and through social media; “The President Stole Your Land” read the headline. Other companies have entered various political conversations taking stands on both sides of the debate: Apple has made statements on transgender issues (Morris 2016), Pfizer on the death penalty (Ellis, McLaughlin, and Alsup 2016), Facebook on immigration (Palmer 2015), Starbucks on race relations (Starbucks Newsroom 2015), and Salesforce.com on same-sex marriage (Vanian 2016).

In this special issue, we seek research on all aspects of political activity from a marketing perspective. We encourage work from diverse perspectives: empirical or conceptual, organizational or individual-level, qualitative or quantitative. We also seek an international perspective. However, manuscripts that advocate for a particular political ideology shall not be considered; rather, submissions should contribute to marketing and public policy by examining issues through an unbiased lens.

Inquiries can be directed to the special issue co-editors: Gautham Vadakkepatt (gvadakke@gmu.edu), Daniel Korschun (dek46@drexel.edu), and Kelly Martin (kelly.martin@colostate.edu).
Submissions should follow the manuscript format guidelines for the Journal of Public Policy & Marketing. All manuscripts should be submitted through the JPP&M online submission system.
.

The submission window for manuscripts is June 1–August 15, 2019​ 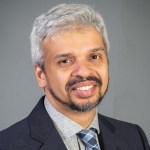 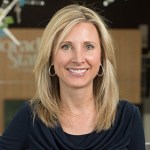