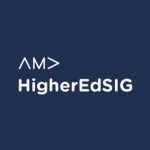 Dr. Shelby D. Hunt as the 2022 recipient of the Lifetime Achievement Award.

The HigherEd SIG Lifetime Achievement Award honors a marketing scholar who has demonstrated distinct accomplishments and dedication to the area of higher education in the marketing discipline. This year, we present the award posthumously to a scholar who passed away recently and had a profound impact on the marketing field for several decades.

Shelby D. Hunt is the Jerry S. Rawls and P. W. Horn Distinguished Professor of Marketing at Texas Tech University, Lubbock, Texas. A past editor of the Journal of Marketing (1985-87), he is the author of numerous books, including Marketing Theory: Foundations, Controversy, Strategy, Resource-Advantage Theory (M.E. Sharpe, 2010), Controversy in Marketing Theory: For Reason, Realism, Truth, and Objectivity (M.E. Sharpe, 2003), and A General Theory of Competition: Resources, Competences, Productivity, Economic Growth (Sage Publications, 2000).  Identified in 2001 by Web of Science as one of the 350 “most highly cited” researchers in economics and business, he has written numerous articles on competitive theory, strategy, macromarketing, ethics, relationship marketing, channels of distribution, philosophy of science, and marketing theory. Three of his Journal of Marketing articles, “The Nature and Scope of Marketing” (1976), “General Theories and Fundamental Explananda of Marketing” (1983), and (with Robert M. Morgan) “The Comparative Advantage Theory of Competition” (1995), won the Harold H. Maynard Award for the “best article on marketing theory.” The “Comparative Advantage Theory of Competition” article also won the 2004 Sheth Foundation/Journal of Marketing award for its “long term contributions to the field of marketing.” His 1985 Journal of Business Research article with Lawrence B. Chonko, “Ethics and Marketing Management,” received the 2000 Elsevier Science Exceptional Quality and High Scholarly Impact award. His 1989 article, “Reification and Realism in Marketing: in Defense of Reason,” won the Journal of Macromarketing Charles C. Slater Award. His 1994, Journal of Marketing article, “The Commitment-Trust Theory of Relationship Marketing, “with Robert M. Morgan, was the most highly cited article in economics and business in the 1993-2003 decade (Thomson-ISI). His Journal of the Academy of Marketing Science article entitled “Sustainable Marketing, Equity, and Economic Growth: A Resource-Advantage, Economic Freedom Approach” won the Sheth Foundation Award for the Best Article in JAMS in 2011. For his contributions to theory and science in marketing, he received the 1986 Paul D. Converse Award from the American Marketing Association, the 1987 Outstanding Marketing Educator Award from the Academy of Marketing Science, the 1992 American Marketing Association/Richard D. Irwin Distinguished Marketing Educator Award, the 2002 Society for Marketing Advances/Elsevier Science Distinguished Scholar Award, and the 2010 Marketing Management Association Innovative Marketing Award. In 2011, Sage Publications published the ten-volume set, Legends in Marketing: Shelby D. Hunt. The volumes include 132 of Hunt’s articles, 41 commentaries on Hunt’s work by distinguished scholars, and interviews of Hunt by each volume’s editor. The Legends Series Editor is Jagdish N. Sheth, and the editors of the ten individual volumes are Paul Busch, Jagdip Singh, Roy D. Howell, James R. Brown, Scott J. Vitell, John R. Sparks, Rajan Varadarajan, Robert M. Morgan, O.C. Ferrell, and Dennis B. Arnett, respectively. In 2015, Hunt was given the distinction of “AMA Fellow” by the American Marketing Association. In 2015, the Journal of Marketing, Harold H. Maynard Award was changed to the “Shelby D. Hunt/Harold H. Maynard Award” by the American Marketing Association. This award is given each year to the Journal of Marketing article that makes “the most significant contribution to marketing theory and thought.”

The HigherEd SIG mourns the unfortunate passing away of Dr. Hunt. The award will be received by a member of the Texas Tech University faculty at the AMA Summer Educators’ Conference in August. 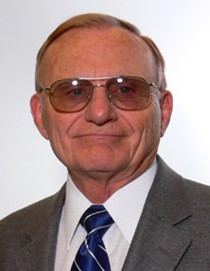