How do industry contests enhance your credibility, revenue, and your brand story?

As marketers, we all want to get positive attention for our brand, and increase that engagement into recurring visitors that travel through the customer journey to repeat sales.  Maury Rogow, CEO of Hollywood’s Rip Media Group, will share insights and lessons on creating sustainable contests combined with the power of great story. 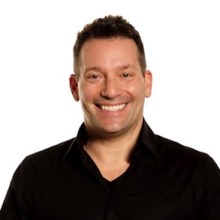 Maury Rogow, CEO at Rip Media Group, Executive Producer, and Author, has a rare combination of success in both business and Hollywood. He built his prominent career in business development at Avaya, Lucent Technologies and GeoTel, a startup that was sold to Cisco Systems for over $1 Billion.

He has launched dozens of new products and businesses successfully and directly sold over $100 million in software and services.

His Hollywood credits include producing two theatrical films, working with the creator of the Batman franchise, and acting in various roles, including Entourage and Oceans 13. His blend of business marketing and Hollywood story give him a unique voice to story-based-marketing.

Based on years of creative production, Maury delivers powerful messaging with ready-to-implement processes.

How do industry contests enhance your credibility, revenue, and your brand story?